Electronic music acts have been a mainstay over the past few years as part of the off-track activities during the Formula 1 race calendar. And this year is no exception with Swedish House Mafia set to perform at the 2019 Singapore Grand Prix before the Friday practice sessions. The Swedes also performed at the 2013 edition of the Singapore Grand Prix during their ‘One Last Tour’. They join Cardi B, Muse, RHCP, Fatboy Slim & Hanz Zimmer as part of a stellar lineup.

This announcement is rather good news for all the people who still have their hopes up for a full-blown world tour. However, there is still no confirmation of the latter. And with previously announced shows being largely constricted to Europe & the States, the Singapore GP (and Ultra Korea for that matter) are a blessed sigh of relief for all the Swedish House Mafia fans this side of the globe.

The Singapore Grand Prix is the 15th race in the F1 Calendar & is an absolutely spectacular night time street circuit race. It’s considered highly important as well as the title race for the F1 World Driver’s Champion starts to shape up from here & the outcome of this race has proved significant in deciding the WDC title (*coughs* Vettel in 2017 *coughs*).

Get tickets for the 2019 Singapore Grand Prix here. 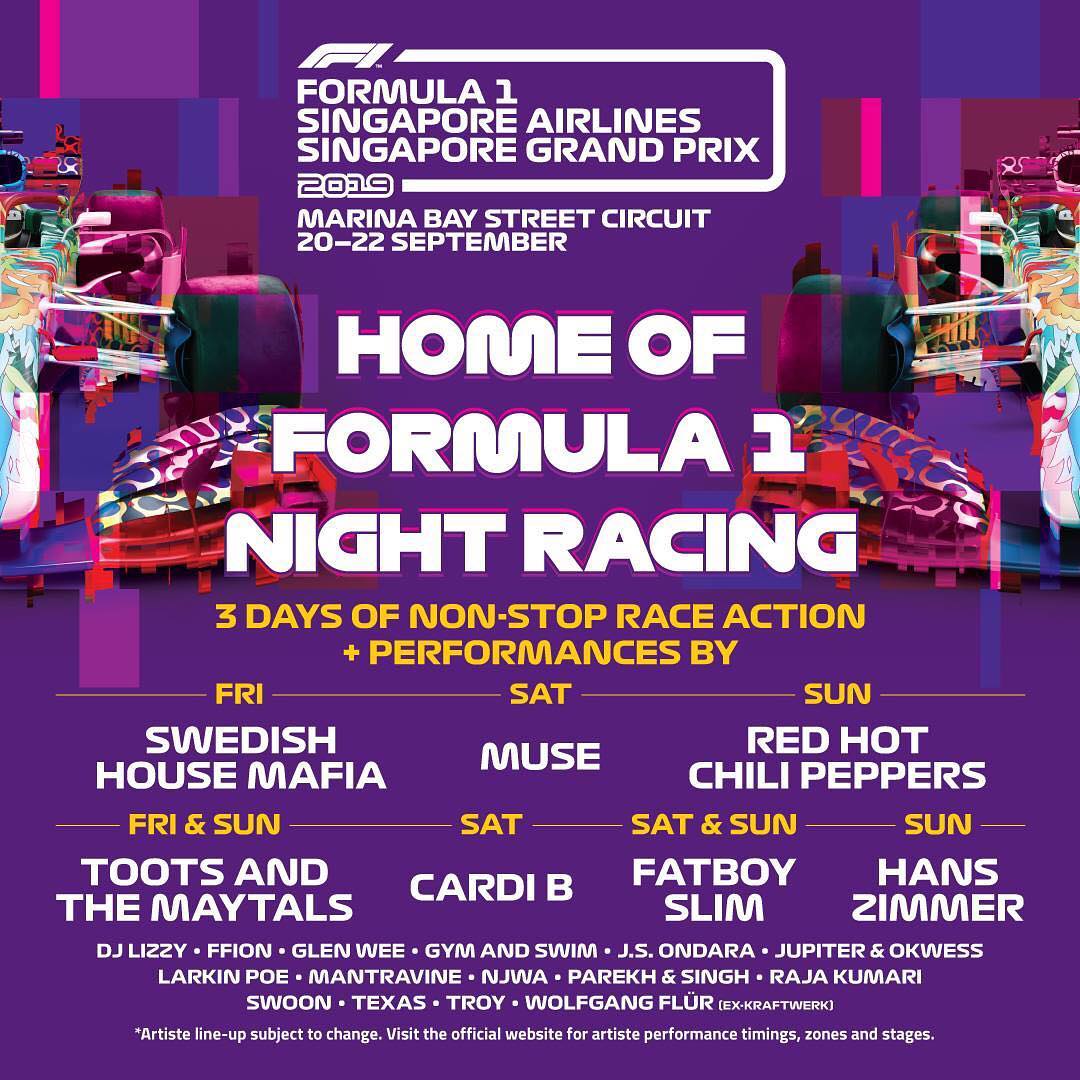