In case you didn’t get the memo, Joel Zimmerman spins techno as Testpilot. He first debuted the alter ego in 2017 on BBC Radio 1‘s Essential Mix show during his yearlong residency. Finally, after much begging and pleading by fans, he’s bringing the moniker back to life. As a special treat, he dropped a nasty b2b set with himself live on BBC Radio 1. He did two hours as both Testpilot and Deadmau5. The set is available to stream now on Soundcloud, in case you missed it.

It’s hard to remember the last time BBC Radio 1 had such an epic b2b set. A good example would probably be Eric Prydz b2b Jeremy Olander (also available on Soundcloud) from a few years back. On top of that, when’s the last time someone b2b’d with themselves? Outside of some schizophrenic DJ in England claiming to be the first, it’s pretty unheard of. This makes Joel’s latest guest mix all the more epic as a result. 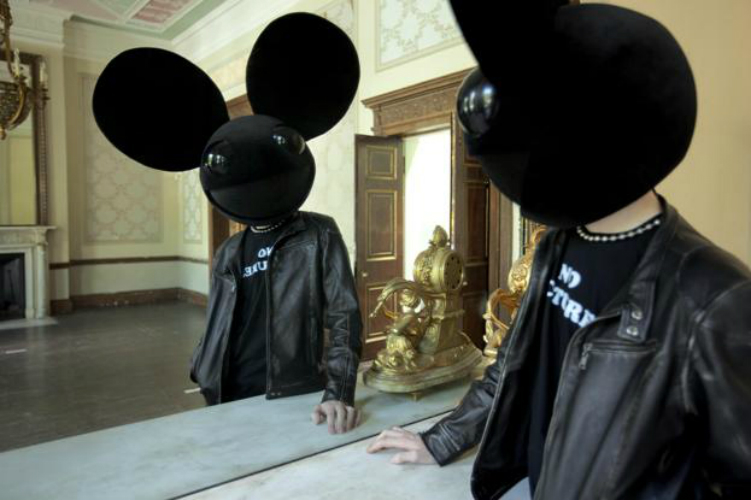 The two-hour mix starts off with Joel dropping his Testpilot set. It opens with about 20 minutes of club-y, mainstream house. However, before any disappointment sets in, the mix quickly descends into the underground. The next 45 minutes are filled with filthy techno and tech-house beats that should have every true techno-head salivating for more. Mr. Zimmerman follows that up with an hour of contemporary Deadmau5 vibes. Although, many of the beats are remixes or re-edits. It’s sure to leave you screaming, “ID’s please!” (There’s a sick ‘Raise Your Weapon‘ techno remix at 20:04 by the way.) Overall, the mix is straight fire and definitely should not be slept on.

While we’re still waiting on some new Testpilot music, his mixes will have to hold us over. Fortunately, when the mixes do come out they’re next level. Also, Joel’s been doing Testpilot sets more frequently, like the surprise Testpilot set he just did at Beyond Wonderland (he was booked only as Deadmau5). Hopefully, we’ll see more of the same at either of his dates at Las Vegas‘ newest superclub Kaos, in April. Get your tickets here or here. Above all else, you can avoid the fear of missing out because the full Essential Mix set is live on Soundcloud now. Listen to the full two hours below.