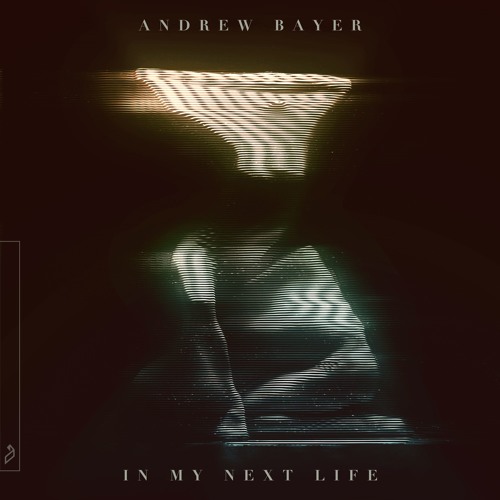 Andrew Bayer – In My Next Life

After the wait, Andrew Bayer finally officially released ‘In My Next Life‘ on Above & Beyond‘s label, Anjunabeats. It’s an album which takes the tracks from his experimental ‘In My Last Life‘, and turns them into club-ready songs.

“Even though ‘In My Last Life’ is experimental and does range through different tempos & styles, I did have the intention of doing club mixes” – Andrew bayer

Fans were introduced to some of those mixes through his performance at Group Therapy 300 in Hong Kong. ‘Immortal Lover‘ and ‘Open End Source,’ both featuring Alison May, saw earlier releases. Those releases were accompanied by Andrew’s collaboration with Genix to remix ‘Love You More‘ featuring Ane Brune. The two’s efforts happen to be the only collaboration on the album.

First on the newer album releases, a fresh club take on ‘Tidal Wave.’ An ethereal pad rises to introduce the hushed and grainy vocal layers, carrying a soft tone. Pads and a lead then propel it into an uplifting club track. Going forward, ‘Hold On To You‘ rockets into an abrasive and dark intro from the start, with the vocals pushing through. It hosts a beautiful breakdown highlighting the melody, with the piano and vocal encompassing it. The string section finally flows the track into the drop section.

The fifth song on the album, ‘In My Last Life‘, has a gentle progression adding elements as the track builds. It cultivates into a hopeful and energetic sound bringing all the elements together. Second to last, ‘Your Eyes‘ intros with a deep and vibrant bass, with a synth melody topping it. Breaking down, the vocals are left with the bass only to kick back into the clubby sound. As soon as you think the track will rise, it falls into an ethereal and bright pad. It’s soon interrupted by a sharp and metallic synth leading into a simultaneously heavy and ethereal chorus. Finally, ‘End Of All Things‘ closes out the album on uplifting and harmonious emotions.

The stark contrast between ‘In My Last Life‘ and ‘In My Next Life‘ cannot be overlooked. Bayer took a chance creating something totally out of the ordinary and nailed it- only to reinvent those same tracks into club-ready anthems. Well done from Mr. Bayer.

You can check out the album below: