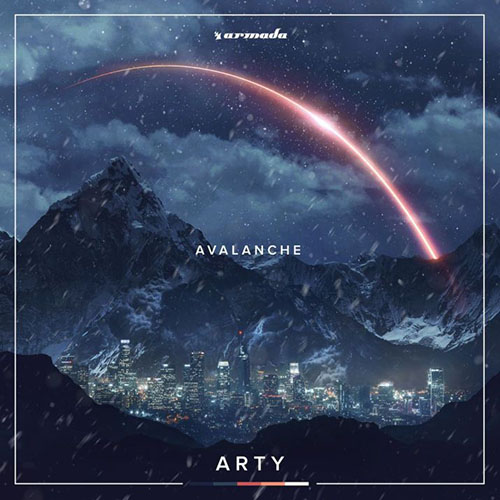 ARTY continues to shock the EDM world with his varietal, unique sound and quantity of productions. 2018 was a record breaking year for ARTY, and 2019 is off to another great start. His new single ‘Avalanche’, released under Armada Music record label, showcases his dimensional talent.

‘Avalanche’ is a feel good track, with a floaty, dance feel. ARTY’s songs often favor a big-room anthem sound. In addition to this type of sound, he is also very good at incorporating classic trance, particularly with his trance-focused project Alpha 9.

In addition to his own tracks, he has crafted insanely popular remixes for artists like Skrillex, Halsey, Above & Beyond, Porter Robinson, Armin Van Buuren and many more. He continues to showcase his talent, from performing at festivals to creating music for other artists. Ultimately, the consistent quality of his music will continue to propel him forward in the electronic music world.

In addition to ‘Avalanche’, ARTY also recently released a mixed album on Spotify, titled Arty presents Save Me Tonight. In this album, he puts his own mixed spin on other artists’ tracks.