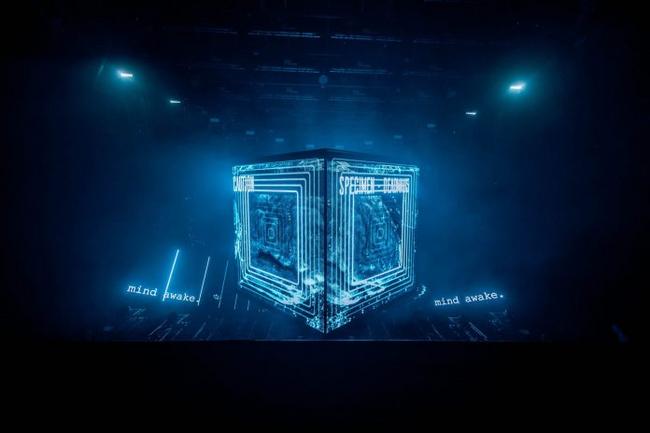 Deadmau5 debuted his monstrous Cube 3.0 on Ultra Music’s live stage on March 30. With that in mind, he brought out Lights to perform the classic ‘Raise Your Weapon‘ alongside their collaboration, ‘Drama Free‘. To commemorate the occasion, a recap video was released on Deadmau5’s channel.

The video compiles a time-line between February 7 up to the day of the show. It begins by showing stage parts moving into a warehouse where they built the Cube in Toronto. Quickly showcasing the build, videos from the visual testing are presented, demonstrating how massive the project is. Moreover, we’re taken to the rehearsals with Lights ending with the Cube reaching Miami for Ultra. Finally, the on-site rehearsal segment is paired with footage from the live show.

It’s going to be exciting to see him take the stage further on tour. By that time, he’s sure to have added more material to it considering the LED helmet is coming back.