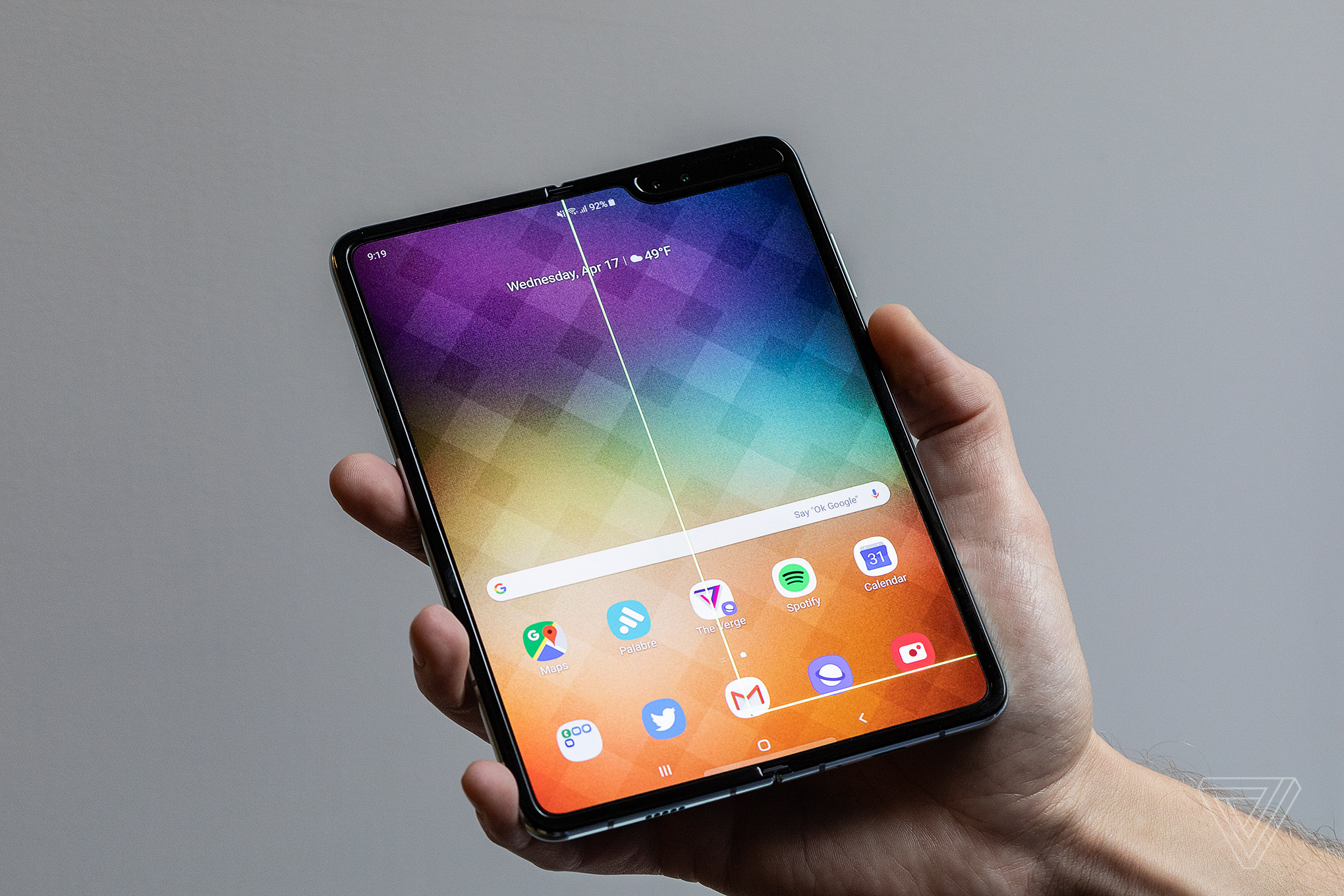 Believe it or not, Samsung successfully sold out of its pricey Galaxy Fold earlier today. The $2,000 smartphone featured a revolutionary foldable screen but came at a steep price. At the moment, we do not know exactly how many units were sold from the pre-order batch. Technically, Samsung could have only sold a couple hundred devices and still said they sold out.

Those who did pre-order and were not able to get a device, will have to patiently wait until they receive a notice from Samsung. Everyone else who did not pre-order might have to wait a considerable amount of time to own a Fold but might change their mind after looking a recent reviews. Unfortunately, the futuristic display is turning to be a nightmare for many who are already using the device.

Dieter Bohn from The Verge, wrote how his Galaxy Fold broke after a piece of debris got under the display, causing a bulge. In fact, nearly all of the issues those are having, involve the display. Mark Gurman from Bloomberg, is stuck with a distorted display after he accidentally removed a screen protector that Samsung now says not to remove. Many others also found their displays breaking after removing the mystery screen protector from the glass. Who knew a plastic screen protector was responsible for holding together a $2,000 piece of technology.

The screen on my Galaxy Fold review unit is completely broken and unusable just two days in. Hard to know if this is widespread or not. pic.twitter.com/G0OHj3DQHw

For now, you might want to take some time and rethink whether buying Samsung’s Galaxy Fold is a smart move. Sure, this might just be an issue with the first batch of units that might be resolved in the next couple months. As a first generation device, they were bound to run into issues once it was released. We would wait until the 2nd generation Fold is released and more of these issues are resolved.

After one day of use… pic.twitter.com/VjDlJI45C9

My colleague opened the Galaxy Fold and it started doing this. So, long answer to your question @WilfredFrost, the hinge doesn’t seem very rugged after all. After two days: pic.twitter.com/Z1F8iwjURa