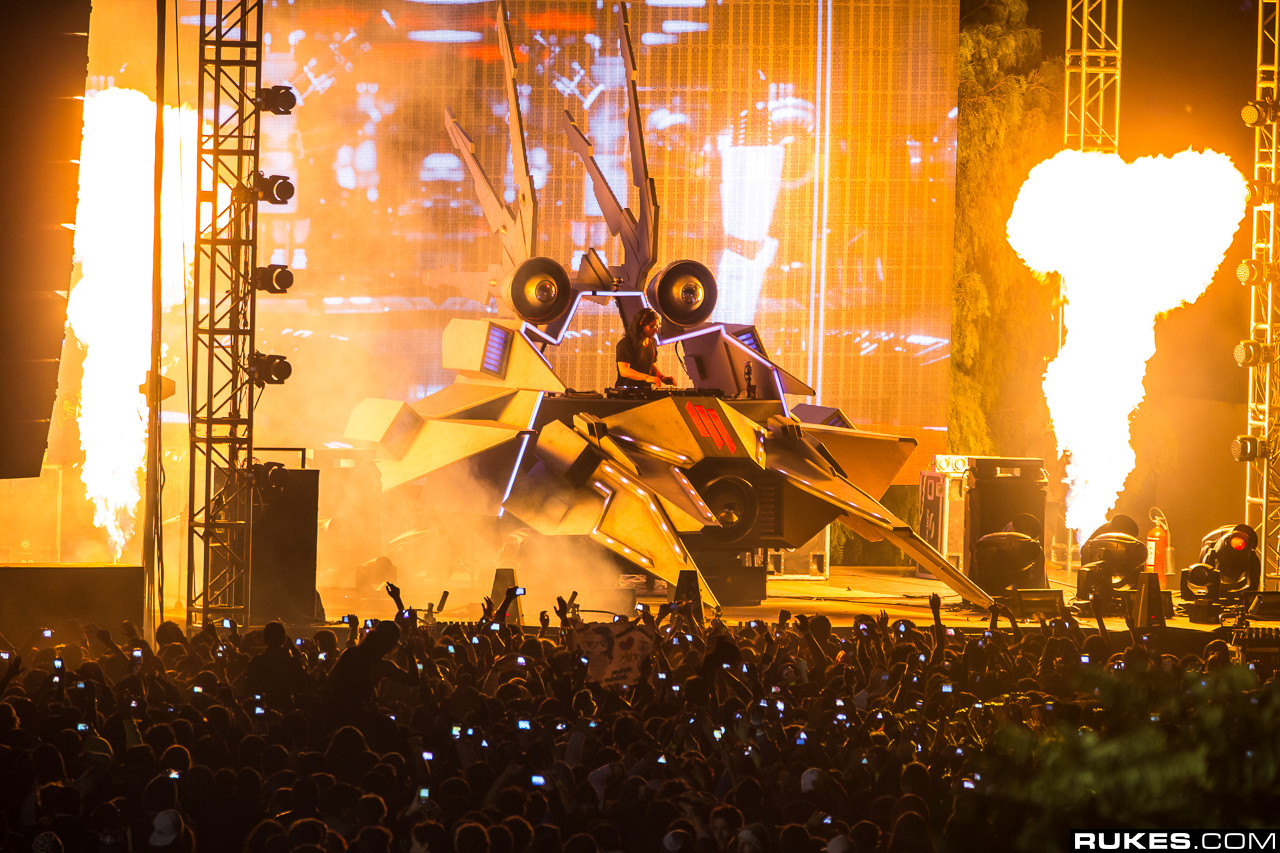 Skrillex recently sat down with rising cellist, vocalist & collaborator Kelsey Lu (on her single Due West) for Interview Magazine to talk about authentic artistry, NSYNC and much more. And well somehow their deep artistical talk developed into discussing the possibility of throwing shows in outer space. In their eyes, the future for something like that may not be too far away.

First Kelsey expressed her interest in playing on Mars & floated an excellent idea of a Skrillex x Kelsey Lu space tour. And as it just so happens, Sonny has already put a lot of thought into his space debut already (time to dust off the old mothership then?).

And I’d rather you hear the details from the man himself. Below is a small excerpt from the interview in which he lays out his rather interesting plan:

“LU: You and I should do a space tour.

SKRILLEX: What would music sound like on the moon?

SKRILLEX: If it were me, I’d make a glass dome. It would be a translucent dome that you could fog on demand and you could turn the gravity on and off. So when you enter the dome, you can’t really see the view and the gravity is normal. And then, all of a sudden during the performance, the shades open and you turn off the gravity, and—

LU: And it’s like the fizzy lifting drink from Willy Wonka!”

Realistically the possibility for something like this happening would be pretty low, but hey you never know right? Dance music fans would absolutely go nuts if something even close to this happened.

On a side note who’s up for spamming Elon Musk’s Twitter till he makes this happen?