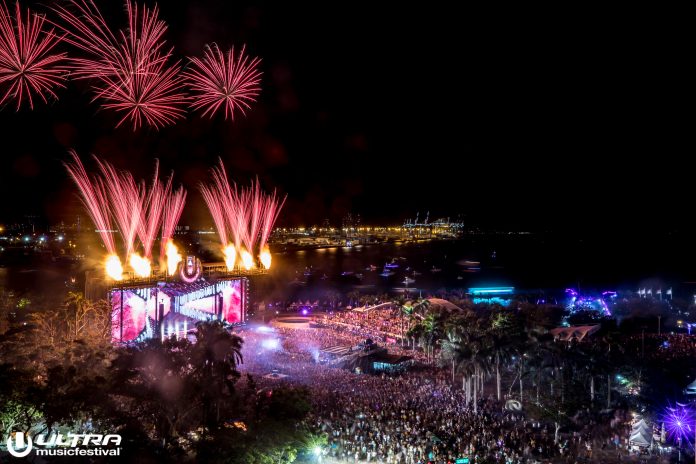 My thorough Ultra Music Festival 2019 review is coming shortly, but as I was preparing it something important occurred to me. Obviously Ultra’s 21st edition has to be judged in comparison to its previous location at Bayfront Park. Many people slept on Ultra and never attended the previous venue, so now all they have are internet comments to read. As I scoured the interwebz during and after Ultra 2019 I noticed that suddenly Bayfront Park had become THE perfect festival venue. When did this happen?

Certainly the venue was unique and iconic. If you lived in Downtown Miami then Bayfront Park was a very convenient location for the festival, but what about if you stayed in Coral Gables or South Beach (or further)? Did people suddenly forget the major downsides with the venue? So I decided our Ultra review needed a prologue to remind people that Bayfront Park was FAR from the perfect venue you’re reading about on Facebook today. In fact, many people attending Ultra and within Ultra itself wished they could be rid of the constraints of the tiny venue far before Miami kicked them out of Bayfront.

All of the problems with Bayfront Park stem from this huge limitation. Bayfront Park is 32 acres, and Ultra snags a little bit more by closing off sections of road for the Megastructure and Worldwide stages. EDC Vegas sits on a property that is 1,200 acres. The property where TomorrowWorld was held was 8,000 acres. You get the idea – Ultra Music Festival hosted almost as many people per day as Tomorrowland with a tiny fraction of the space. There was 0 room for growth, and things had to be taken away to make room for the crowds. This limitation affected every single aspect of the festival.

In Bayfront Park you were in a constant state of immense crowding. No matter what stage you were at or where you were walking, you were in a tight space with a lot of people around you. This started literally from the beginning of each year when a massive line would form at the security entrance on Friday afternoon. People lined up to enter would end up in line for over an hour, being pushed around the entire time. Often times the line was so long that early acts would be cancelled or moved later because nobody made it inside in time to see the openers.

Nowhere was this issue more prevalent than at the mainstage. Anytime after 6pm the crowd was massive, and you needed to strategically plan where you would stand to avoid being overcrowded. If you wanted to go to the right side of the stage you had to walk through the huge crowd all the way to the back and go around, then walk your way up to the front pushing through people to get there.

Similarly the Worldwide stage was always packed to the gills. Even VIP was too crowded and people who paid thousands to get VIP would be turned away or forced to wait in line since it was at capacity. There was no escaping it by walking away from the stages either, the concession areas were packed as well – and there were no tables to sit down and eat at either.

Having been to EDC Orlando, Tomorrowland, TomorrowWorld, SMF, and Ultra, only at Bayfront Park did I regularly encounter intense pushing in the crowds. With such limited space there was nowhere to move, but that wasn’t going to stop some people from getting a good spot. So there you were shoulder to shoulder with people when suddenly the entire crowd around you is pushing in one direction. Then somebody starts to push back in retaliation, and you better hope you don’t get claustrophobic or overheated. This type of thing was a regular occurrence at the mainstage at Bayfront Park. Whenever Ultra booked a buzzworthy Sunday closing act – you knew a huge battle was coming if you planned to come from another stage to see the closing set. You had to leave very early to beat the crowd and the pushing that came with it.

For those complaining about the shuttles, they might forget that after Ultra ended at Bayfront Park each night there was a massive crowd that would form around the exits. These massive crowds again would be full of people pushing toward the exit that was not yet even opened – because parts of the road had to be closed off first.  Then more crowds and pushing would form at the metromover stations, and at the CVS/Walgreens across the street from the festival, or anywhere in close proximity.

Here’s the biggest thing people seem to forget about Bayfront Park. The overcrowding and the pushing quite frequently caused literal stampedes. In 2013 when Armin played ASOT 600 in the megastructure there was only a small pathway down from the Live Stage ampitheater. This small pathway had railings on either side, yet hundreds of people began pushing to get down there for the start. A literal stampede occurred and it’s a wonder nobody got hurt. In fact, in 2014 a stampede through the gates of Ultra trampled a security guard causing brain damage and a major lawsuit. The stampedes have always been extremely dangerous and obviously a miserable experience for anybody involved.

Does anybody remember when the free waters station consisted of a literal hose on the ground next to the mainstage? And do you remember how bad the lines and pushing were to get water from those “water stations”? Sure the Live Stage worked well for bands, but for artists like Virtual Self and Tchami b2b Malaa it really took away from the experience.

It took Ultra close to 10 years of iterating at Bayfront Park to fix many of the problems it had, and yet the problems of crowding and pushing were never going to be solved. For many people that was enough to keep them away from Ultra altogether. While Virginia Key had its issues in its first year, try to remember that Bayfront Park had significant issues as well.

In comparing Ultra 2019 with years past, stop romanticizing Bayfront Park so much and you’ll realize the potential that Ultra has at Virginia Key. Bottom Line? With time Ultra can be a vastly better festival at Virginia Key than it ever was at Bayfront.