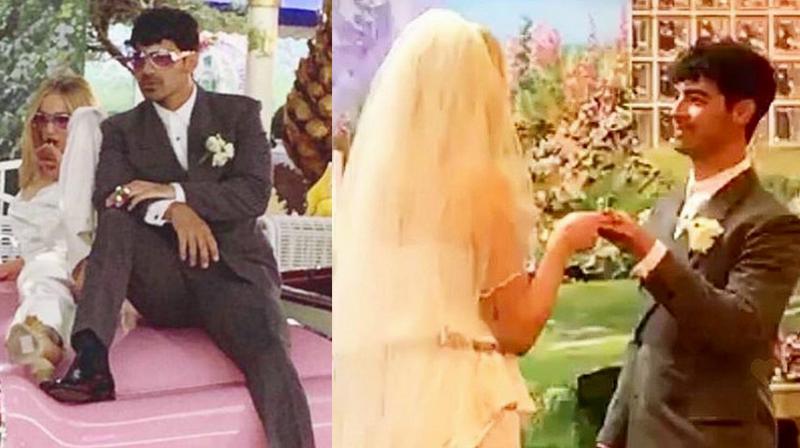 …And just like that, another Jonas brother is off the market! Although it’s no surprise that Joe Jonas has been happily dating Sophie Turner, what shocked the world was their recent Vegas elopement!

After the Billboard Music Awards, the happy couple made their way over to sin city’s Chapel L’Amour to be married by an Elvis impersonator, in true Vegas fashion!

Nick Jonas and Kevin Jonas were also present and served as groomsmen for this special occasion. Other celeb guests included Khalid, who performed a few musical numbers, and Diplo, who we have to thank for recording it all on his Instagram Story.

That’s right, thanks to the American producer, the world was able to witness some of the most memorable moments from the special day, including the couple using Ring Pops as wedding bands and some of the incredible musical performances.

Although the wedding may seem spontaneous to some, according to People, Jonas & Turner did, in fact, apply for a marriage license earlier in the day in Clark County, Nevada.

The happy couple was the center of attention that day, however, we can all agree that Diplo was the real star broadcasting these moments around the globe.

lmao joe jonas and sophie turner casually got married in vegas after the billboard awards by an elvis impersonator while diplo instagram lived the whole thing WE pic.twitter.com/JuZaZWRVCV