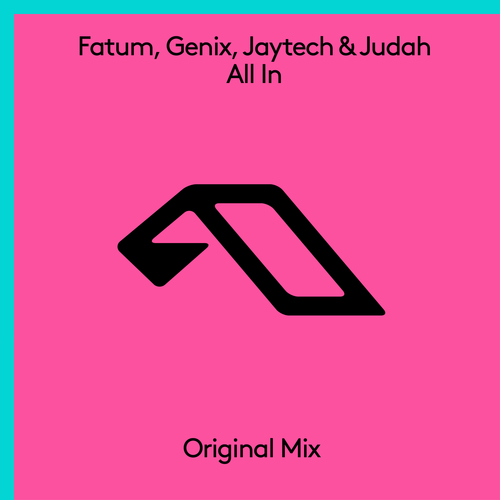 Fatum, Genix, Jaytech, & Judah- All In

We have an absolute heater coming in from the Anjuna kitchen today. Progressive trance phenoms Fatum, Genix, Jaytech, and Judah all join forces on a new track appropriately titled, ‘All In’. Fatum, comprised of Chad Newbold, Bruce Karlsson, and Daniel Davis, Genix, Jaytech, and Judah (Daniel Paul Davis and Christopher Nelson) make it seven heads on one track, arguably the most artists on a single release.

‘All In’ first premiered at ASOT 900 when Above & Beyond dropped it during their set. Since then, the trio have been playing it out at their shows and have reported back that it goes down quite well on the dancefloor. And for good reason, too.

The track showcases each of the artists’ styles, blending each of their sounds masterfully. The buildup beat in the beginning has Genix’s techno/trance rhythm all over it. The opening drop at one minute in sounds like a vintage hallow and dark Fatum bassline. The breakdown has traces of both Jaytech and Judah’s sound; a calm, steady beat with an uplifting melody.

The main drop is a wonderful release of energy. It feels as though it’s not one artist’s sound but a collective composition by all four producers. The vocal sample, “We’re all in on this”, plays throughout the bassline, giving off a catchy and signature hook every listener will remember. Really, really good work here by this quartet of producers.

To help celebrate the release of ‘All In’, Fatum, Genix, Jaytech, and Judah will all go b2b later today as they have guest mix duties on Group Therapy. Check out ‘All In’ below and make sure to play it loud and often.