Beyond having solidified his mark as a pioneer, Amon Tobin continues to push boundaries with his Only Child Tyrant alias releasing an album titled Time To Run out now via Nomark. Finally arriving, this album was delivered chasing Monkey Box which introduced the project. The album brushes itself with aggressive, abrasive and experimental tones allowing the indie rock grittiness to shine. Only Child Tyrant is clearly a vessel in which Tobin expresses an aspect of his productions with its own personality. Describing the project in a manner, Bandcamp‘s description is as follows;

ONLY CHILD TYRANT is the punked up kid brother of Two Fingers.

He’s been listening to his uncle’s collection of rock (from Beefheart and Zeppelin to Fugazi via Dick Dale and beyond) and stealing his brother’s 90’s mixtapes and it’s all gone to his head.

Upon first inspection, Time To Run traverses eight tracks lasting a rounded 30 minute span. Looking towards features and collaborations, Figueroa is the only collaboration listed on the album within ‘Father’s Son‘. Beyond the blatant effort shown in the musical input, Time To Run‘s artwork stands out. Monkey Box‘s release gave away part of the project’s palate in terms of sound and imagery. From there, it managed to translate the creative freedom and direction which the project was gearing towards.

Time To Run achieved 280% of its intended funding goal amassing $12,066 on Bandcamp’s vinyl-press service. Their service seemed to save Tobin time to focus more on the music. You can find more regarding Only Child Tyrant and purchase the album in the link here. 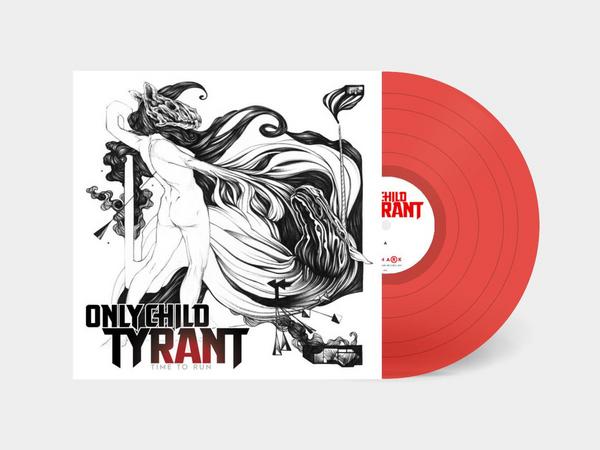 For more on Amon Tobin or to find tour dates, you can check out his website here. Finally, look out for which project he’s touring considering the striking Two Fingers alias.

Listen to Only Child Tyrant’s ‘Time To Run’ below!