Daniel ‘Lane 8‘ Goldstein just gave us a lot to look forward to by officially announcing his new album, Brightest Lights. Bundled in the exciting announcement, we received the title track of the upcoming album which features POLIÇA. Topping that off, the artist will be embarking on a tour in 2020 taking him across the US, Canada, and Europe. Taking to social media, Lane 8 posted:

we are so bombarded with negative energy these days that it’s easy to forget all the beautiful and positive things that happen every day. however small, Brightest Lights is about celebrating and embracing the ups and downs of life and trying to see the world in a positive light.

He seems to be gearing up for a massive year, so prepare yourselves for more music! For the time being, immerse yourself in the mesmerizing ‘Brightest Lights’ title track. POLIÇA’s familiar voice features on the track becoming a highlight collaborate. Previously, you might have heard her on ‘No Captain‘ which was a part of his Little By Little album.

Refocusing on the current release, Lane 8 continues to push and formulate his sound with it. After the release of his previous stellar album, the direction which he was going to go for seemed unknown. Now that we have a piece of the new album, there’s no doubt that we’re in for another wonderful body of work. Overall, the track evokes a mesmerizing feeling which complements the album and track’s title. Down to the visual level, Lane 8 undoubtedly poured a lot of thought and passion into what’s to come. Take the track somewhere with you, and enjoy what it brings out, it’ll be worth it.

On another note, Lane 8 will be kicking off his tour in 2020 and you can find tickets here. Keep in mind that tickets will go up on sale starting September 27, so don’t miss out! Otherwise, go to the link here to access his store which is now updated with a pre-sale of ‘Brightest Light’ on CD and vinyl with a new long sleeve tee available. 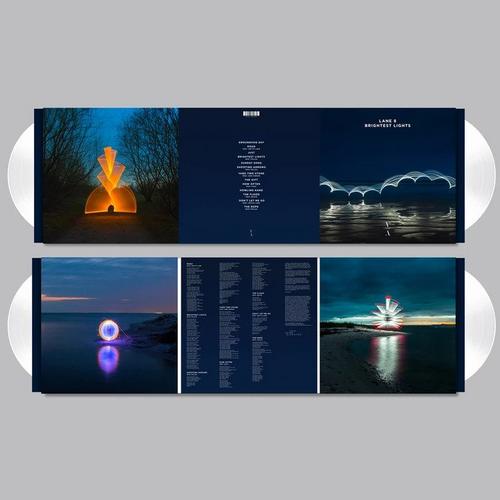 Listen to the first single and title track off the upcoming album, Brightest Lights.