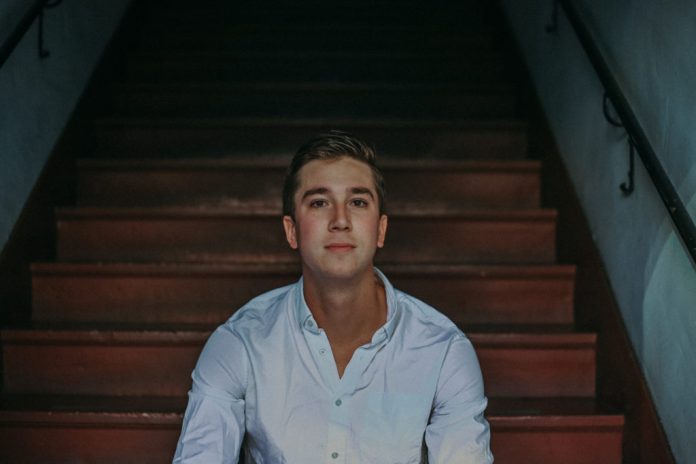 ATTLAS (Jeff Hartford) finally delivered his debut album, ‘Lavender God‘ on deadmau5‘ imprint, mau5trap. The album runs 10 tracks long, with collaborations alongside MAYLYN, Lambert and Alisa Xayalith from The Naked And Famous. Following the artist’s pattern, his music retains a unique cinematic and compositional ethos. Substantiating that, Hartford interned at one point for the film composer, Trevor Morris. With that in mind, the best place to experience that duality within his perspective on composition is Storyline.

Thanks so much eh. I used to live in LA assisting for a composer and finished my BFA with the intention of writing long form and narrative. It’s still how I enjoy listening and writing, things that aren’t in a rush and can explore motif and theme and a big sweeping expanse

Looking at the ATTLAS project overall, it truly exudes an unbridled combination of originality, awareness, and approach. To put it more eloquently, I’ll leave a quote by David Foster Wallace.

‘Lavender God’ kicks off with ‘Shatter‘ which opens up on delicate piano and synth notes leading into a reverberating build. It tackles a fragile combination of eclectic sounds projecting a combination of warm and cold ambiances. Connecting, ‘A Winding Path‘ with Lambert recluses through silk-touched notes. They continuously build in a breathtaking manner reaching a distilled melody.. From that point, the album reaches one of the striking tracks, ‘Half Light‘ with Alisa Xayalith. The track awakens a vulnerable and interpersonal desire, and its gorgeous production steals you away. Throughout, the cascading production intertwine with Alisa’s comforting vocals reaching the chorus. Within, it emanates an ethereal, colorful wall of sound which erupts through echoing backing vocals and intricately timed movements in the production.

The title track, ‘Lavender God’ soothes down the energy taking a more melodically oriented approach. Onward, ‘November‘ offers a glitched and experimental sound with its tumbling synth plucks. ‘Sinner Complicated‘ follows bringing a darker, more solemn edge to the mood. Like darker points, ‘A Ray of Light‘ comes next, wistfully gusting in a brighter direction with lush melodies and careen strings. It marks a memorable point going into another standout track, ‘Home‘. The music kicks off with a distant resonance promptly fading backwards onto the melody and percussion. Progressing, it shifts gears into an introspective, affectionate stripped-back piano paving back to the fuller production.

Delving further, ‘Hotel‘ with MAYLYN stood its own ground when released, but the album generates a newer context. On that, it carries the energy from the previous track and concludes gently, leading up to the finale. ‘More Than That‘ conjoins a few different concepts musically and thematically, alternating over the serene, glittery, and tepid affinity.

The grander narrative brimming throughout his music forms a significant bond to the unknown and mysterious. Nonetheless, retaining a grounded perspective which flows between individual experience and expression. Jeff Hartford has taken his project to a point that feels very human, less brand-like, and closer to a person simply making expressive music. In of itself, that nods toward the sense of connection at the heart of his work, and that truly seems to be the point.

ATTLAS mentioned that a vinyl for the album can be expected and is in the works. Beyond, he announced his first ‘Lavender God’ tour show at Salt Lake City, stating there’s a bunch more coming soon. To keep up with the tour and purchase tickets, keep your eyes peeled on his website.

“So invariably, we end our little time together” (Storyline 3). Listen to ATTLAS – ‘Lavender God’ via deadmau5′ imprint, mau5trap, below!