France joins the list of countries that are experiencing illegal raves within their frontiers. USA leads with a few of them, but Germany, UK and many other countries are also celebrating in the shades.

Unfortunately, safety measures were not in place. In addition, the presence of small children turned the event into a dangerous environment. 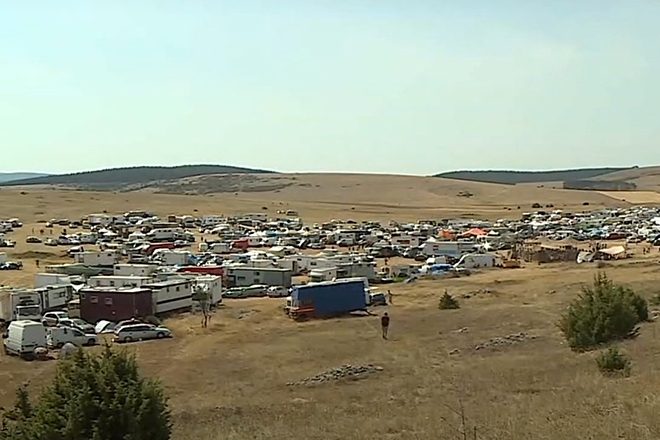 The location of this illegal rave was inside the Lozère region of France. The desperate party-goers reached nearly 10,000 attendees before being shut down by police.

While the remote location seemed great for this type of event – Mountain Plateauin, in the Cévennes national park – the result was the same as in every other place: police shutting down the event. Although the illegal rave lasted longer this time (it started the night of Saturday August 8), the lack of safety measures forced the authorities to end the event.

Police stated that no social distancing or safety measures were put in place and that small children were in attendance. Definitely not proper conditions for this kind of event.

Despite not being the first illegal rave in France, local authorities were overwhelmed by the number of attendees. First, police locked down the event. They managed to do so by blocking everyone from entering or leaving the rave. They also evaluated and tried to avoid health risks and potential spread of COVID-19.

When coming to the next stage of the plan, officials encountered a new issue. The majority of the revellers drank too much and were unable to leave the site safely. As it was a threat for the safety of everyone, officers handed a good number of fines for public drunkenness and drug use out.

Lozère’s Reaction To The Rave

To provide context, we must clarify that Lozère is France’s least populous region. However, France is suffering the devastating consequences of coronavirus with more than 30,000 deaths across the country.

As expected, locals showed their disapointment with the hordes of people who made their way into the region in order to party illegally. On top of that, the celebration affected the farmers. They were angry about the damage to their property, as the party damaged pastures and fields.

People from Lozère take Covid very seriously, they have respected the distancing measures and this massive influx of people who flout all the rules has shocked them profoundly.

Authorities decided to take care of the situation, and they did a great job. They set up testing facilities and handed out water, face masks and hand sanitizer. While these actions took place the event was locked down. Besides, Red Cross personnel joined the scene for health and safety reasons. The end of this illegal rave adventure came to an end on Monday afternoon, as people started to leave gradually.