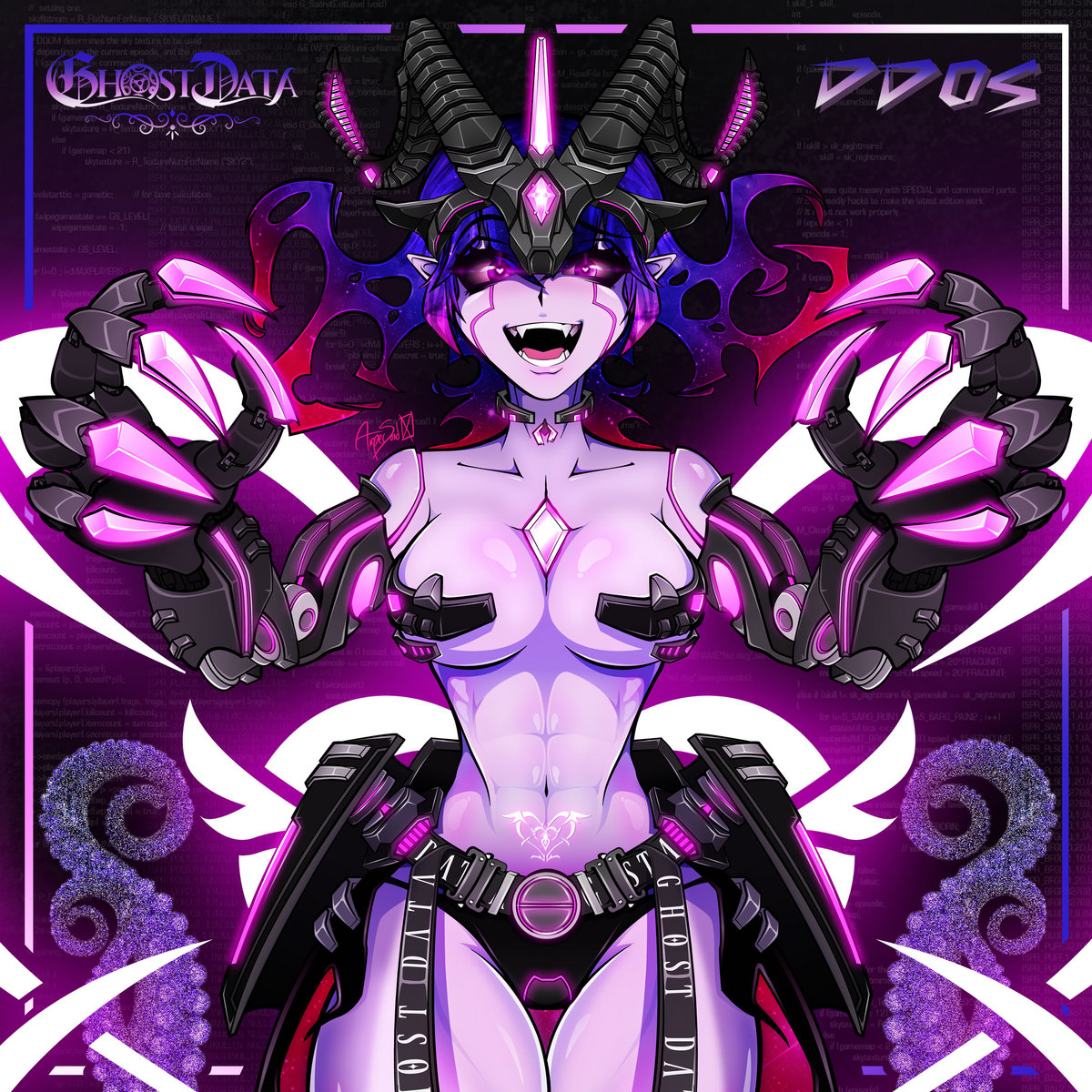 Influenced by the unique compositions of video game composers Nobuo Uematsu (Final Fantasy ) and Akihiko Narita (Monster Hunter, Resident Evil), as well as electronic acts like Purity Ring, Porter Robinson, and Seven Lions, GHOST DATA’s unique sound blossomed from a deep desire to merge cinematic sound fonts with contemporary dance music. This styling has come to be known as “dreamsynth” by his fans.
This is demonstrated in his compositions like “Celestial Bodies” and “Projekt Melody,” which are adored by fans and have received support from artists like Blanke, Slushii, Swarm, and more.

Woven delicately within his sound design is the cinematic universe of The Shepherdess and the Void Walker. This universe and its story are filled with fan-adored lore which is depicted and hidden throughout the music, titles, and artwork of GHOST DATA’s episodic albums. He’s an avid fan of gaming and anime and has a large likeminded online community which he interacts with regularly on Twitch and Diskord.
‘DDOS’ is out now. You can check out the new song by GHOST DATA below now.