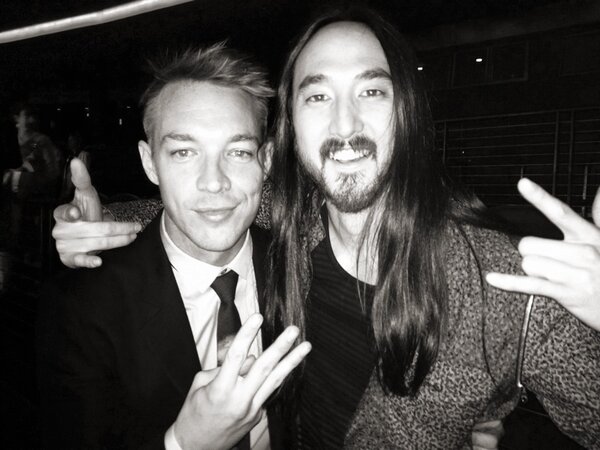 Superstar DJs Steve Aoki & Diplo both performed at maskless parties for the Super Bowl this past weekend in Tampa Bay. TMZ reported that the Friday night happening occurred at the WTR Tampa Pool and Grill inside the Godfrey Waterfront Hotel.

Artists like 50 Cent, Migos and Tory Lanez were all spotted at crowded events through the Super Bowl weekend, also performing. This raised a lot of concerns in the population once the media grabbed ahold of the story. As you can see in this video, there are a lot of maskless attendees and no social-distancing at all.

The Tampa Bay police responded to reports regarding those parties, stating that ‘Scenes from WTR last night and a few other clubs were incredibly disappointing’. The news broke days after Dr. Fauci warned everyone that all the festivities surrounding the Super Bowl could be super-spreader events, and that avoiding them could save lives.

The city police added that ‘there’s a level of personal responsibility that must be followed or risk getting shut down’. Coming from a source who spoke to Page Six, both Diplo and Aoki wore masks before and during their sets. It is also believed that guests were six feet away from them at all times. Some might say that seeing maskless Steve Aoki pouring champagne into this fan’s mouth makes it harder to believe.

On Saturday, the mayor of St. Petersburg criticized vividly 50 Cent on Twitter after seeing the images from the Super Bowl parties.

The mayor did not target Diplo nor Steve Aoki, as no other statements have been released… yet.