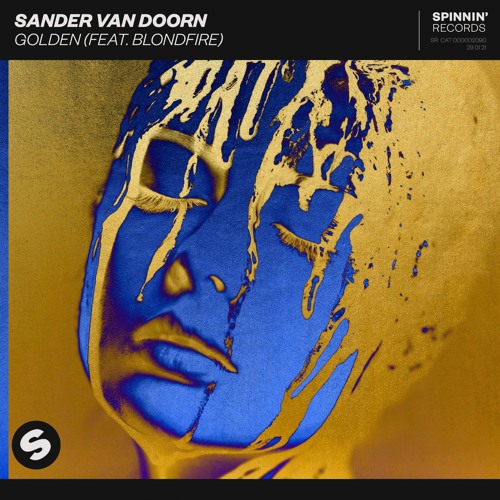 Sander van Doorn is back in 2021 with his new sound. This time, he’s teamed up with American indie/pop band Blondfire for ‘Golden‘. We see its release on Spinnin’ Records and it is gorgeous.

It opens with the sweet, sultry vocals of Erica from Blondfire, as synths pluck in the background. Their accompaniment makes the song more hypnotic. This is a great blend of trance and indie music. The chorus builds into an intoxicating drop that will leave you in a state of trance. Crowd your ears with the bassline and drum your neck with chills as you blast this.

This single follows his latest two ‘Temper Temper‘ with ONR and ‘I Dream‘. With this many tracks under his new sound style, perhaps there could be a new album on the horizon? One thing is for certain: we love his diversity in production. Maybe we’ll even get one of his alter ego remixes–Purple Haze?

He has explored trance, electro, techno, house, and now indie. As one of the most renowned genre-crossing producers, he regularly garners support from Pete Tong, Judge Jules, Tiesto, and Carl Cox. The man knows how to make music, where every hit reaches over one million clubbers.

Erica Driscoll and brother Bruce started Blondfire in 2004. However, since 2015 Erica now leads it solo. Having appeared in ‘Liar Liar’ with Avicii and ‘Glorious’ with Arty, this matchup is well paired. Her dreamy vocals add prowess to this track and make it a great addition to the label.

Check out the trippy official lyric music video here or stream the track below.