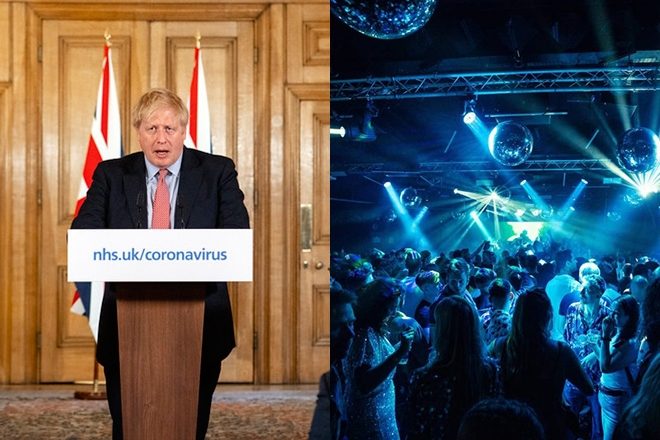 Since the beginning of the pandemic, UK’s Prime Minister did not share any plans of action regarding nightlife. Today, Boris Johnson finally referenced nightclubs while discussing the safe reopening of businesses. This wonderful news arrived during a press conference at 10 Downing Street.

Although rapid lateral flow testing could be used for the reopening of businesses, there is still a long way to go before bringing these clubs to life. However, he added: “I want to stress to everybody, it is still early days and there are lots of discussions still to be had.”

Boris Johnson also addressed mass vaccination, which could help to reduce the times before safely reopening the country. Besides, rapid testing in combination with vaccination will be great news for the immediate future of the UK’s nightlife.

On top of that, Michael Kill, CEO of the Night-Time Industries Association (NTIA) also shared his thoughts with the press. Michael Kill also stated that employing rapid testing upon entrance would not be straightforward for venues. They will require swab tests outside and a 15-minute wait to get a negative result before getting in or not. As a result of that, people will have to wait in the queue for a little longer, but it will be worth the pain in order to be back in the club. In Spain, they already did some experiments in music events, which hailed a success, producing no COVID infections afterward.

On the other hand, lateral flow testing raised some flags as the test can often produce false-negative readings. Results from Public Health England have indicated that the test has an overall sensitivity of 76.8%. More positively, the results also found that the lateral flow test detects more than 95% of individuals with high viral loads. Definitely, rapid testing will be very useful in order to let clubs open again.

Johnson is due to announce the government’s roadmap for easing lockdown restrictions in the UK next Monday, February 22.

“I think inevitably there will be great interest in ideas like can you show that you had a vaccination against COVID in the way that you sometimes have to show you have had a vaccination against yellow fever or other diseases in order to travel somewhere. … I think that is going to be very much in the mix down the road, I think that is going to happen.”

COVID-19 pandemic punished the economy of the world, but the clubbing scene got seriously hit. Nightclubs have been closed in the UK since the first lockdown was announced in March 2020. Almost a year after, Boris Johnson finally spoke about nightclubs. As the saying goes, better late than never.