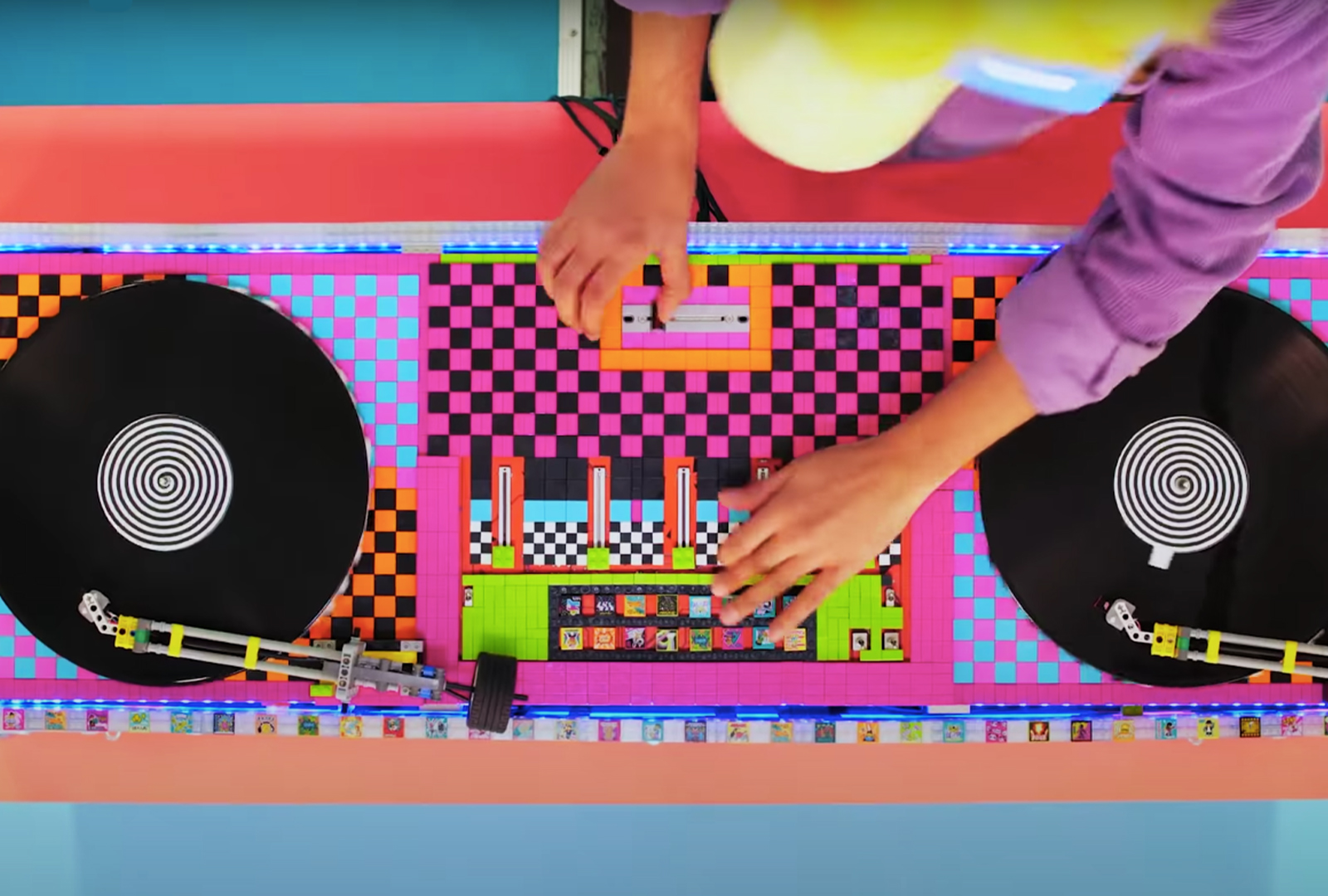 Artist and designer Look Mom No Computer created a fully working set of DJ decks with LEGO. The masterpiece frame is LEGO bricks only, except for the circuit board and the mixer. It goes without saying that the result is quite impressive and really innovative.

Speaking of innovation, Look Mom No Computer, who describes himself as an inventor, has some other creations that are worth noting. This is in fact the same guy that developped the organ made of furbies a couple years ago. The inventor seems to have a strong attachment to toys like LEGO that were popular in the 90s. Of course, his creativity is off the charts. Those DJ decks made out of LEGO blocks are a real piece of art. The man has many talents : he produces his own music and co-write/co-produce with other artists too. Moreover, he can do all this with “no training in electronics, and about a year and a half of music at uni”, as you can read in his website’s bio.

The set of DJ decks is composed of various LEGO products. As an illustration, the turntables were assembled using LEGO Technic and the programmable robotic system LEGO MINDSTORMS is what allows the musician to control the vinyl.

Check out the final result in the video below.