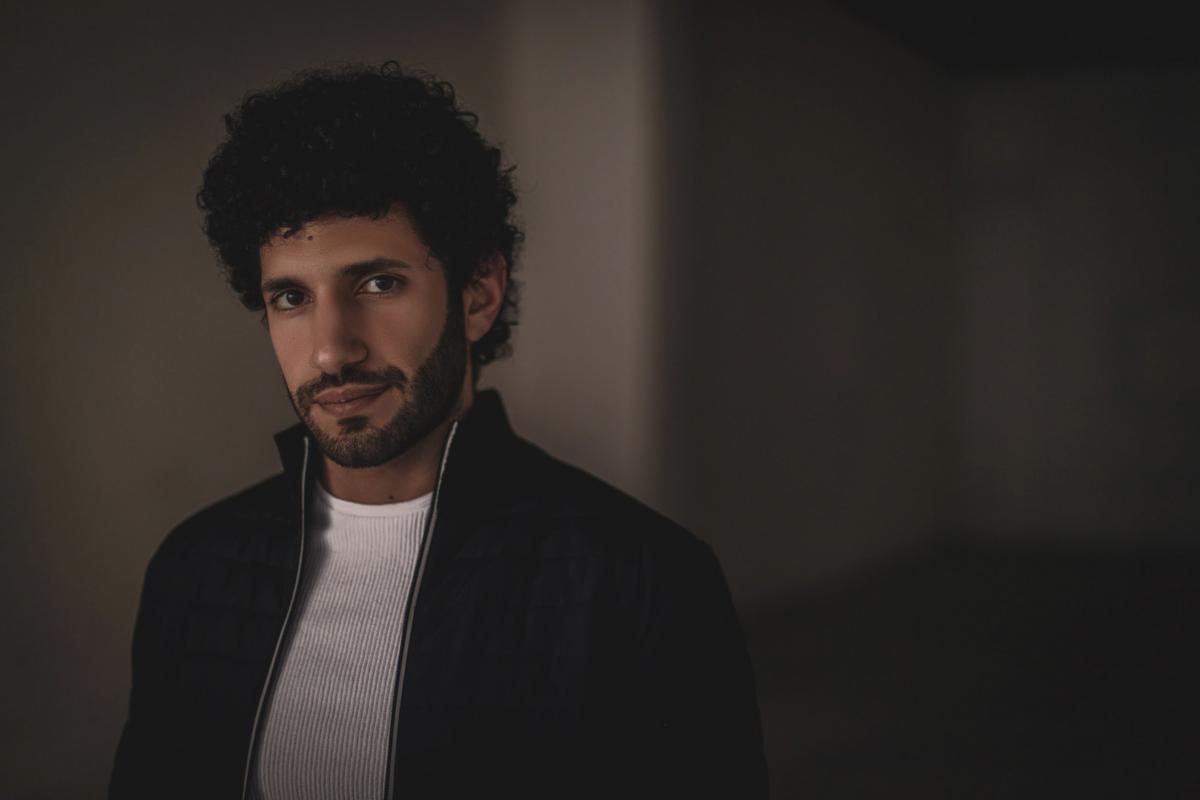 The electronic music producer and audio engineer A.M.R hailing all the way from Qatar makes his way back to Monstercat Silk, leaving a memorable mark through ‘Portrait Of You‘. Notably, the passionate and starkly comforting track is dedicated to his fiancée, Shannon.

Already featuring a beautiful composition, the artist talked to us about the track, bringing further and new context on how it was conceptualized and what inspired elements within its body. Furthermore, Amr Hachicho (A.M.R) gave us some insights into his life, what kicked off his passion for music, alongside inspirations which the artist pulls away from. Read through our conversation below!

EDMTunes: Hey A.M.R, thanks for taking the time to chat with us. For starters, congratulations on releasing your newest track which is out now on Monstercat Silk after they acquired Silk Music, ‘Portrait of You’. Were you surprised by the fact that the track ended up as part of Monstercat’s repertoire?

Amr: It was definitely a surprise when i found out! Monstercat is a huge label, and I was very excited for it!

EDMTunes: We loved the artwork for ‘Portrait of You’. It’s bright and colorful, portraying the track’s feeling and atmosphere aptly. Could you tell us a little bit more about that?

Amr: So the artwork is actually taken from a picture that I took of my fiancée Shannon when we travelled to Bali. That was two years ago, and we went to this place somewhere in Bali, I can’t remember the name. It’s a really nice restaurant/bar, and you basically watch the sunset, with the sky turning red and purple. It’s really beautiful. We decided to go there and take pictures, and that was one of the ones I was really happy with. We both loved that photo, so I decided to use it as the artwork for this.

EDMTunes: On ‘Portrait of You’, what was the particular inspiration behind it on the musical or conceptual front?

Amr: There were small ideas that I wanted to use to create the track. For example, I wanted it to be related to Shannon’s personality, so I took elements like drums that sound lo-fi and hip-hoppy and decided to go on that theme since she enjoys that style of music. I then used things like Indian vocals, relating to the fact she’s half Indian. It’s small things like that which impacted the decisions I made while creating the track.

EDMTunes: How did you come to join Silk Music back in the day before it was acquired by Monstercat?

Amr: I’ve been producing for almost 10 or 15 years. Before this,  I was producing trance, and eventually I decided to move into the deep house / progressive house genre. So I spent a few years trying to learn the ropes and change my sound. Silk Music was a target for me, for a pretty long time. I had sent them demos over the years, but never got any nibbles. I then decided to demo the track to a different label which was Mango Alley. After I did that, I got a response back from Alex “Mango”, the label owner. His reply was that he didn’t think the track was right for their label, but that he’d send it to Silk Music cause it would be a good fit. So as soon as he did that, Silk got back to me saying they wanted to sign it. That’s how I got signed to Silk! It’s pretty funny how that worked out.

EDMTunes: Was there a distinctive moment or thing in your life that pushed you towards becoming an artist?

Amr: Ya so, music was always around when I was growing up. My dad and uncle both owned a recording studio in Doha for a short period of time. Me and my little brother would always be around people recording, music, and things like that. Even before that, my mom used to work in a radio station, doing the news and music. So music was a big part of my life while growing up. The reason that I started making it was actually because my uncle was the person who introduced me to the software. He’s the type of person who’s really into softwares, kind of a hobbyist. When I was a kid, he was showing me and my cousins this new program, and the program sort of stuck throughout the years. I fell in love with the whole thing, and started developing my craft.

EDMTunes: Since kicking off your project, how have shows been with you, and is that something you’re looking forward to?

Amr: Touring isn’t something that I did that often in the past. I’ve always been a composer more than a DJ. The last gig that I played was at ADE in Amsterdam, and that was probably my first major gig. It was an amazing experience, and I would be happy to do it again once the whole COVID thing clears out.

EDMTunes: Instead of DJ’ing, would you consider playing live as a substitute?

Amr: Actually, it’s funny you mentioned that, as I was asked this same question not too long ago. Ya it’s definitely something I might enjoy more! FL Studio might not be the best program for live performances, as I consider Ableton to be more streamlined for this kind of thing, but this is something I’d be happy to look into. I feel like I might enjoy it a bit more.

EDMTunes: Can you name top 5 artists that have influenced you musically, and that you would listen to non-stop?

Amr: Oof. Top five artists. I have so many. So Bonobo, Ólafur Arnalds, Christian Löffler, probably Hanz Zimmer…and I feel like there’s so many, but need to pick from so many! Maybe Tourist as well. A lot of my music is inspired from many different styles of music, but these five are a big part of the inspiration I get for my music.

EDMTunes: You could have a similar answer for this, but who would your three dream collaborations be?

Amr: Hahahaha ok! I mean, wouldn’t anyone pick their top five?! It wouldn’t be much of a collaboration, it would be more like; sit and teach me everything! It’s more of an educational thing for me. Alright, I’d go for Ólafur, Bonobo, and Löffler.

EDMTunes: Can you reveal to us anything coming up in the future? Will we see you again on Monstercat Silk?!

Amr: Ya definitely! I’m working on so many new projects now! The nice thing about some of the music that’s coming out soon is that I’m collaborating a bit more with vocalists, so you can expect a bit more vocal tracks, and I’m also experimenting more with not just deep house, but also with breaks, electronica, and organic house…. A bit of variety to keep things fresh. I don’t like to keep doing the exact same thing. That’s something to look forward to, so expect a lot more music coming from me!

After all has been said, take a moment to listen to the track which is out via Monstercat Silk below! He’ll be an artist on our radar, and the future is bright, so A.M.R should be on yours too!