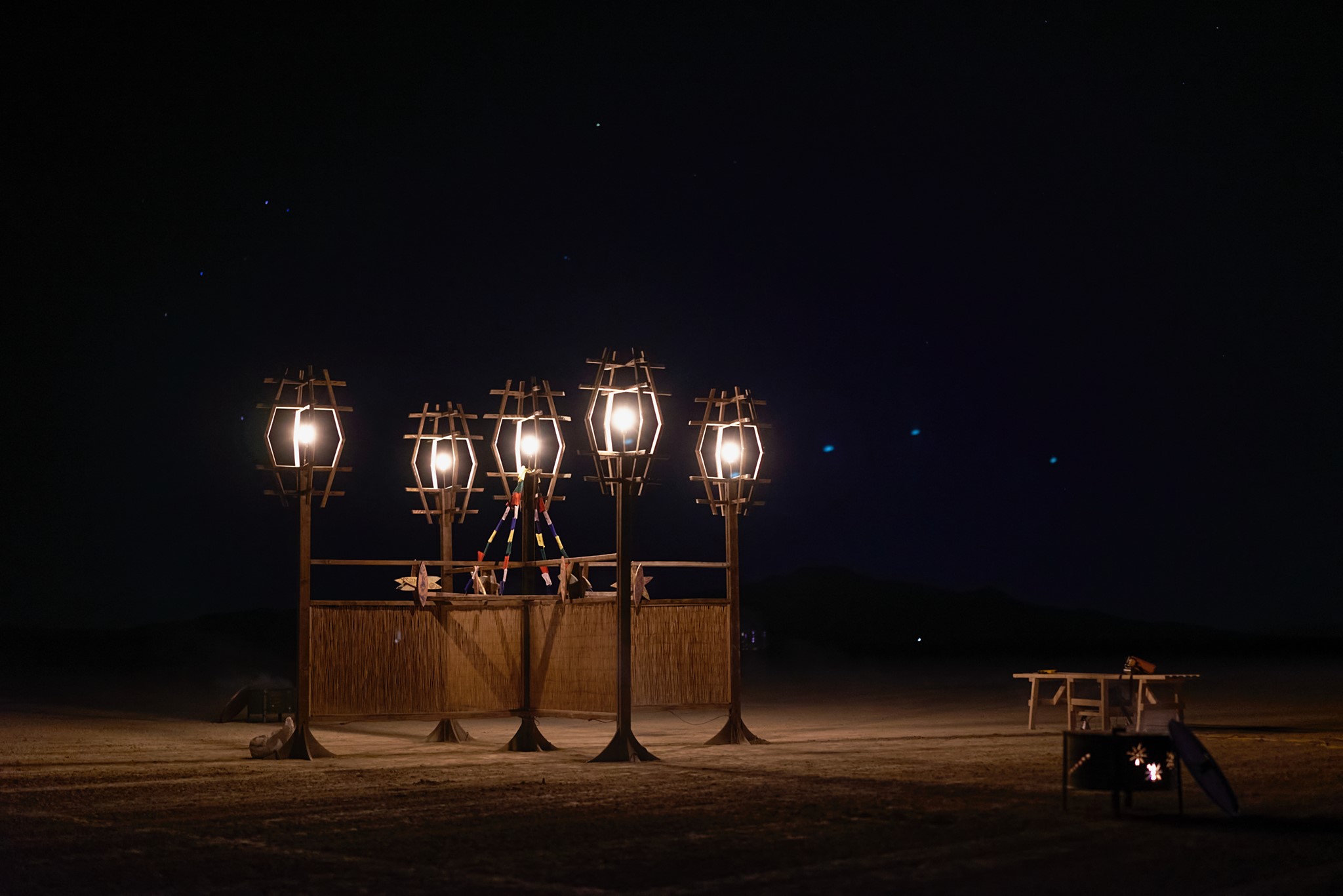 While news of Burning Man 2021 is still uncertain, The Everywhen Project is trying to make a name for itself. They’re the Burning Man knock-off event, as they welcome artful cars and off-the-grid experiences in the Black Rock Desert. Much to their dismay, their future has become uncertain as Nevada denied their permit. Reports from SFGate tell us all below.

Matthew “Bureaucracy” Gilbuena is the co-founder, president, chair, and “director of folly” for the Everyman Project. The supposed event is a surreal camping and art festival just two miles down from Burning Man, in Mandala City. Organizers foretold the festival to take place from July 25th to August 2nd, with 25,000 attendees. Glibuena took inspiration from camping trips he took to the Nevada desert, where 168 volunteers helped his dream come to life. Now, he’s charging $273 a ticket for the “Electric Universe”.

Their setup includes homesteads, where you apply for a deed for space. Based on the survey you take, you then choose where you want to be placed. Will it be food/interactive places, radioactive sites, music/ art car lane, or industrial spots for communal activities? The difference is they don’t burn art. I don’t think anyone could truly be the Burn.

SFGate dove deeper into their socials and saw that this could be Fyre Festival 2.0 waiting to happen. They claim safety is their highest regard, but during COVID-19 all events are uncertain. What’s more, is their marketing materials do not match their brand ethos. But, the story gets even thicker. Firstly, their event cancels because they were denied their permit. Now, tickets are back on sale without confirmation about said permit.

Their director of propaganda, Michael Parisi, had the following to say:

“One of my deep personal hopes is that we can strike a solid relationship with [Burning Man]. [This is] as sort of a ‘pressure release valve’ to an event that sells out almost instantly. Cheaper tickets, a bit less regulation, focus on smaller camps (we call them Homesteads), just smaller, more intimate, and likely a bit more on the janky side,”

How do any or all of those sentences sound? Burning Man has stated they are aware of this and aren’t involved in their production. In conclusion, Parisi has also stated that the backlash could also come from haters and the public. Perhaps the Desert cannot handle two festivals, let alone similar ones. Which one will reign supreme?

View their 2020 recap video below.