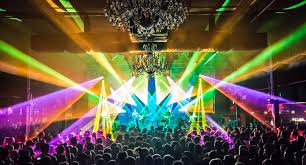 Live Nation CEO Michael Rapino says the large-scale events could start in mid-summer with 70-100% capacity. This follows the president’s statement where he said that all the adult people will have vaccination on May 31st.

After a series of discussions with different governors in various states. Michael Rapino is convinced that the resumption of the festivals is closer than ever. He said that a clear outline to a 75% to 100%” capacity for outdoor U.S. events in 2021 was looking likely to be green-lit.

“Every day we seem to have a new state or country talking about when they’ll open up. So we’re feeling more optimistic than we were a month ago. Lots of artists are calling, looking at how we start up in July, August, September. So for right now, we still believe we’ll have enough open in the U.K., Australia, Canada, and the U.S. to keep what we have on the books in amphitheaters booked for now.”

Speaking on Live Nation’s Q4 2020 earnings call, Rapino said, “We think we’re better off waiting for a high bar capacity moment in most of the states to ramp up and talk to the artists about getting paid properly. “

“We might have certain states that might not be ready, but we have enough states and enough artists willing to play the open slots if we get to that level in the right markets. So as long as these states open up to the right capacities, we can start in midsummer, and in the southern U.S. we can go all the way into November.”

These predictions join the statement recently issued by the UK government where the events will be able to resume their activities to 100% in July 2021. Live Nation benefited from this move. Some events had a good ticket selling for example Creamfields festival that was sold out in record time.

Undoubtedly, the statement from the CEO of Live Nation sounds like an optimistic speech and fans are eager to get back to fun. However that stands in stark contrast to the financial hit the company took in 2020.

Despite this, the CEO of the company mentions that they have an effective way to recover. From coordinating various vaccination plans around the world to investors increasingly interested in live-streaming events, there are things ready to happen.

The Live Nation CEO remains optimistic about the situation, and we hope this happens. While the Lollapalooza CEO mentioned a few months ago that the events will not return until 2022. We will soon see who is right.