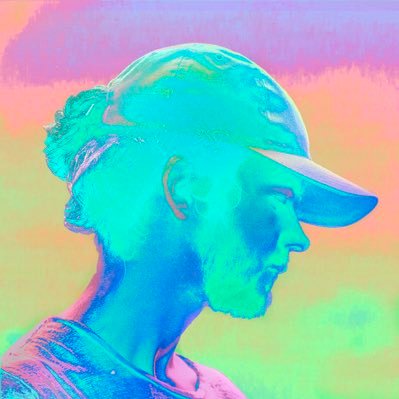 Madeon is getting in on the NFT trend with some very cool art. He just announced via Facebook yesterday about the project. He’s going to produce five pieces collaborating with the likes of Mollie Tarlow, OSEANWORLD, Shin Osm, and Mike Kluge. In case you didn’t know, he worked with these guys on the Good Faith Live visuals.

Madeon tells the following about his latest endeavor:

Putting together the Good Faith Live visuals was one of the most rewarding creative endeavors of my career. We assembled a team of four insanely cool artists who joined me in a house in Los Angeles in total immersion. There was so much passion and friendship. In a different life, right now we would probably be back together in a room working on new images for the festival season this summer, but the world had other plans!

Over two months ago we started talking to Nifty Gateway about making a collection of NFT digital collectibles. (Obviously since then that world has changed very fast, it’s wild!) I thought it would be a great way for us to reunite, make cool art that continues to explore GFL, and support my friends. So I made a collaboration with each of the four Architects of GFL visuals: Mollie Tarlow, OSEANWORLD, Shin OSM, and Mike Kluge. I also made a solo unique piece of DISCHEAD, my favorite character. It was really cool to experiment with a new format.

The whole collection releases tomorrow, March 18th at 3:30 pm PST on Nifty Gateway. Proceeds will go to Carbon180, an NGO dedicated to fixing climate change. Good guy Hugo is dropping an NFT tomorrow as well. Join the conversation on Twitter to see what’s going on. These NFTs could be the future, but it’s up to those that choose it.

Check out the solo piece DISCHEAD by Madeon below. Hope his drop tomorrow is successful!