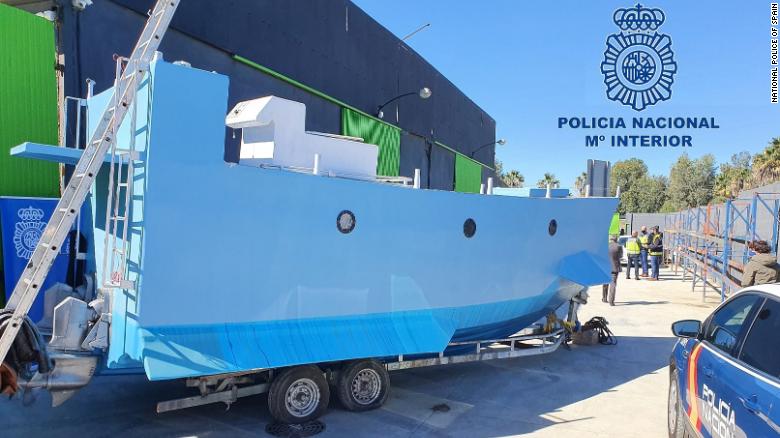 The Spanish police recently discovered and seized a semi-submersible vessel designed to smuggle up to 2,000 kilograms of drugs. It is the first Spanish ‘narco-submarine’ found to have been made in the country and using European parts.

The sub was nine meters long, three meters wide, and three meters deep (30 x 10 x 10 feet). Following an operation that aimed to take down drug organizations, a team found the incredible sub in a warehouse in Malaga, located in southern Spain. The operation against the sophisticated drug-smuggling ring tied to the sub resulted in 52 arrests.

This kind of semi-submersibles are hard to detect – but on the other hand, they are expensive to build. Although they are quite popular amongst drug traffickers working in Latin America, they are way less common in Europe.

It is not the first time that the Spanish Police has dealt with this kind of vehicle. In November 2019, a new operation managed to seize a 22-meter vessel carrying 3,000 kilograms of cocaine on the coast of Galicia in Spain. However, this is the first time a Spanish-made craft has caught the eye of the police.

The narco submarine consists of a plywood and fiberglass frame built around an existing keel. Two 200 horsepower outboard motors power the vehicle. The technology allows the captain to operate it using a control panel inside the cockpit.

Construction was ongoing when the vessel was seized and it had never been tested in the water. The vessel would have been used to sail to meet a drug-carrying mothership out at sea.

The War on Drugs

Police officers found the semi-submersible as part of a long-term investigation that also involved cooperation with security forces in Colombia, the Netherlands, the UK, the US, and Portugal.