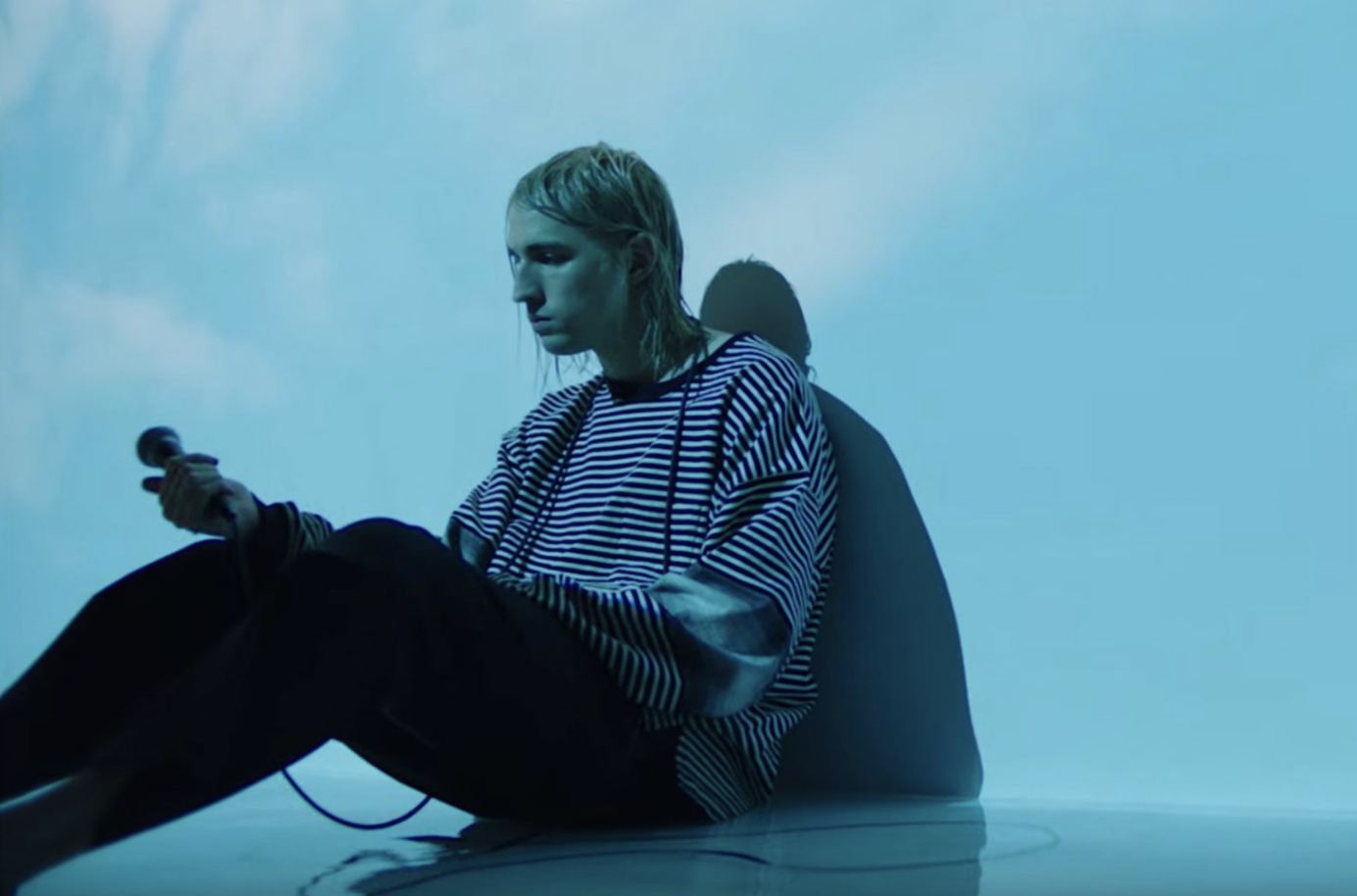 If you haven’t had your fill of Porter Robinson yet, don’t worry. On April 29th, the producer jumped on to Reddit to answer questions of all kinds for a few hours! There were questions asked of all kinds. They ranged from, obviously, talking about his latest album, Nurture, to the jackets he wears. The best answer, however, was that when he goes to McDonalds, he’s a 10 piece chicken nugget and a medium fry kind of guy. Moreover, he’s thinking of switching up his hairstyle!

making music is like that. artists tend to show the best 5% of their work. that’s why it’s better to have compassion for yourself as you’re being creative rather than judging the thing you’re doing. that’s your insides YA GOTTA LOVE IT.”

A: “the very hardest vocal on the whole album to ‘get right’ was Trying to Feel Alive. That was the very last song written for the album, and because i was kind of stuck on it, i became very worried that i hadn’t progressed at all, that I hadn’t actually improved, and that the premise of the album would then be a lie. (You can see the sheer distortion of the OCD / Anxious thinking there, but that’s where I was). of course, the reality is much more complicated: i had, of course, improved in so so so many fucking ways in relation to my own creativity, life balance, overall level of happiness, level of productivity, mindfulness, ability to sing, ability to write lyrics. but in that ‘fight or flight’ state, all of that was invisible to me.” You can read the full answer here.

Q: “how do you go about writing lyrics? I’ve just started playing with the idea of singing on my own music but I find coming up with lyrics that fit the timing of a song really difficult, especially without them sounding super cheesy.”

A: “don’t worry about this — writing lyrics is INSANELY FUCKING HARD and still is for me now. So try not to judge what you’re making too much. I don’t think I wrote a single good lyric for the first like 2 years of working on Nurture. It was very very far and few between.

The cringe / cheesiness is normal. Just remember you’re an absolute beginner at it, so give yourself some compassion and room to grow. Keep practicing. If you ever hear a turn of phrase in media, or literature, or in a conversation, or in your own internal monologue and it resonates with you, write that down. You’ll get it eventually”

Q: “From every music release since Worlds you have seemed to put music out in such a purposeful way with a large scale project to back each release. You had the Worlds and Nurture albums, an entire alias for Virtual Self, and a tour and music video dedicated to Shelter. Can you provide some insight as to why you prefer to have your music be supported by these larger, immersive ideas? And do you ever think you’ll ever move away from this format?”

A: “when I make music, I’m trying to like… “bathe” in it. I really want to be immersed as fully as possible into the worldview of what I’m working on. Like with Virtual Self, that vibe existed in my head, but I wasn’t going to be satisfied until i could GO there! When I love something, I just want to get closer and closer and closer to it. The way for me to scratch that itch is to somehow embody it. That’s why I try to make the liveshows so all-encompassing and singular. Like, it’s my way of making the feeling “real” and bridging the gap between the idea and reality.”

Q: “How did you go about developing the core aesthetics for Virtual Self and Nurture?”

A: “Virtual Self began with a few images that I knew would be the core of the inspiration — mostly stuff derived from Bemani games, forum sigs, fanmade Stepmania charts, a few game box arts (PSO2 was definitely central). For “Nurture”, a lot of it came from a certain feeling I had in my heart, and I’d take photos in reality that captured that feeling. The Nurture “mood board” was 90% my photos (but some of those photos were of things like CD covers I saw in stores, or anime box art, or travel posters I saw in Japan, etc). It’s weird, but somehow filtering it through my own experience made the images more meaningful for me.”

Q: “Could you talk a bit about how your brother Mark’s diagnosis and treatment affected you? Are there any songs on the album that are an homage to him or his experiences with cancer?”

A: “a family member going though cancer is an absolute whirlwind of confusion and suffering and hope and anxiety. it actually can’t be described. I love Mark so much and I’m so glad he’s okay. It’s actually processable when you think about the sheer volume of people going through that exact kind of fear and suffering at this very moment. I felt like the Robinson Malawi fund was one was the reduce suffering in the world. “Mother” was definitely written with Mark on my mind a lot. I don’t want to disclose too many details on Mark’s behalf, but my mom was an actual saint during his treatment.”

Q: “How have you dealt with the idea of people wanting a “Worlds II” when creating this new album? Did you ever feel pressure to give in?”

Production for Virtual Self

Q: “Hey Porter, what was the production process like for your Virtual Self EP? How did you know it was just right for this vibe you were trying to capture? Aside from rhythm games, where else did you find a lot of your music that inspired the project, as well as music that you played at your shows?”

A: “Part of getting VS right was having some familiarity with the history and techniques of that era I was trying to replicate (1999-2003). For one, I tried to use Sidechain sparingly, since that’s a fairly “modern edm” feeling effect. I tried to make sure that my supersaws were mono and the delay was the thing that gave them the stereo effect, because most trance supersaws at the time were made by the JP-8000 / JP-8080, and that’s a mono supersaw (the unison detune isn’t panned out into the stereo field).

I also just am super obsessed with eras of electronic music, so like… I REALLY feel like I know a 2010 kickdrum (HUGE vengeance-y transient) vs a 2014 kickdrum (clicky, long decay) vs a 1999 kickdrum (prominent pitchdown effect, transient comes from the sine) etc etc etc. I did a lot of collecting ‘historical’ samplepacks and stuff like that too. so a lot of it comes down to picking the right samples.”

Q: “What’s it like knowing that you’ve had such a profoundly positive impact on so many people? Also, what are your go-to techniques to get inspired/pull yourself out of a creative slump?”

A: “There’s really no one size fits all technique which is something that makes creativity so hard (and so beautiful when you can capture it). But one thing I find really helpful is to explore a technique that you’re basically bad at and know nothing about. The less judgmental you’re feeling, and the more playful and explorative you’re feeling, i find the likelier it is to have a creative and fun process. but it’s scary to try a technique you don’t know about, especially if you fear failure. but you just gotta do it BITCHHHHHHHHHHHHHHHHHHHHHHHHHHH.” You can read the full answer here!

He’s one talented and outstanding human being. Take a look at the entire Reddit thread here!