Abduction Cancelled Due to Severe Weather 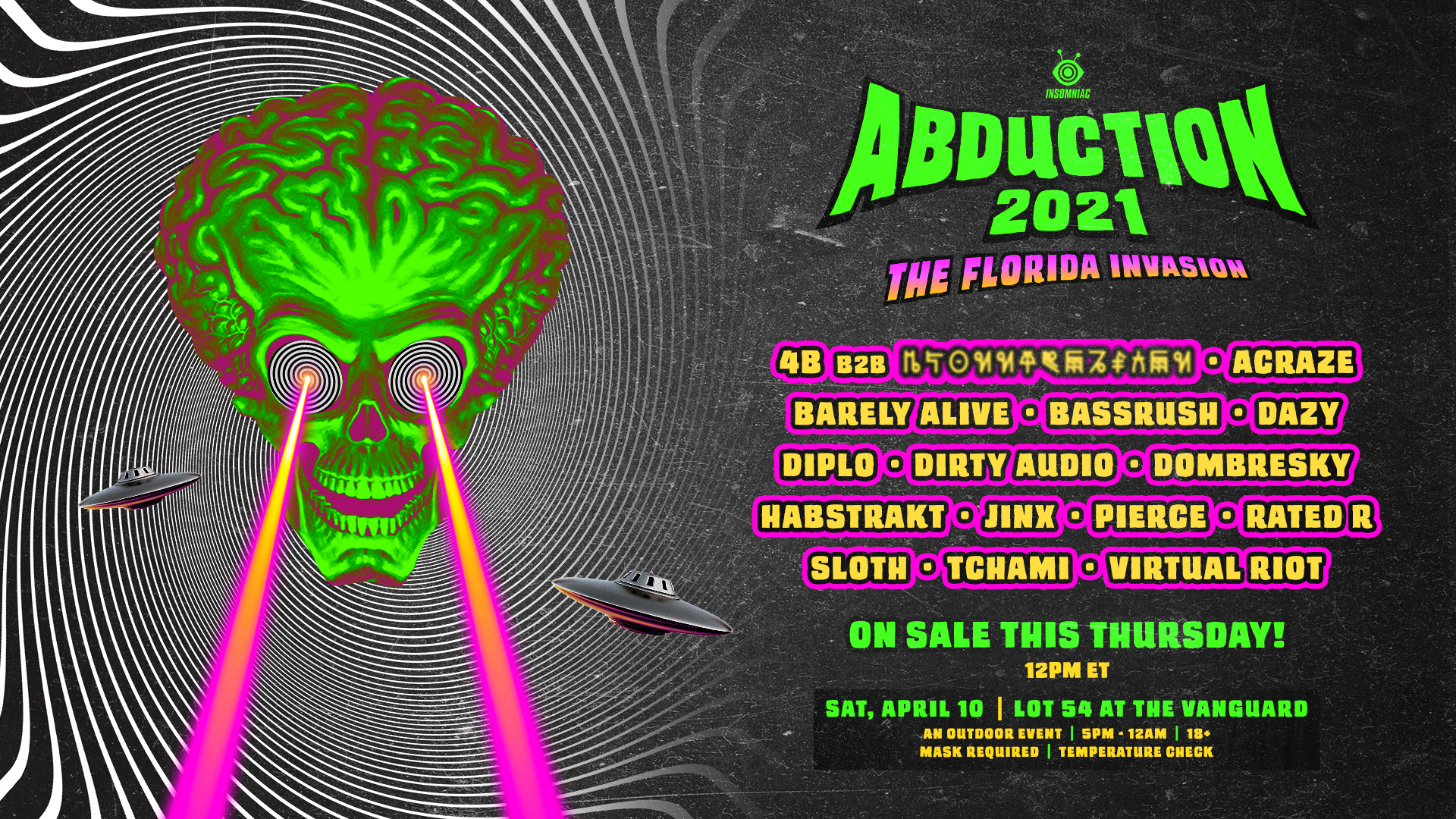 What many considered the first festival back, Abduction, has been canceled due to severe weather. Insomniac announced the unfortunate cancellation on social media.

“Aliens came in peace, but your inhospitable climate, earthly wind & lightning storms clearly did NOT,” Insomniac states. “Due to severe weather, we are forced to shut down the event in the interest of everyone’s safety.”

According to tweets from attendees, fans were waiting to enter the event before the storm hit. Later, organizers told the crowd of people that the festival was canceled and ordered everyone to evacuate as soon as possible.

Some fans left while others waited to see if Insomniac would make an official announcement on the Abduction cancellation. Many hoped the weather would clear in time for the event to still take place.

Fortunately, ticket holders will be receiving a complete refund for today’s event. Furthermore, Insomniac assures that alien contact on the festival’s future will be made soon.