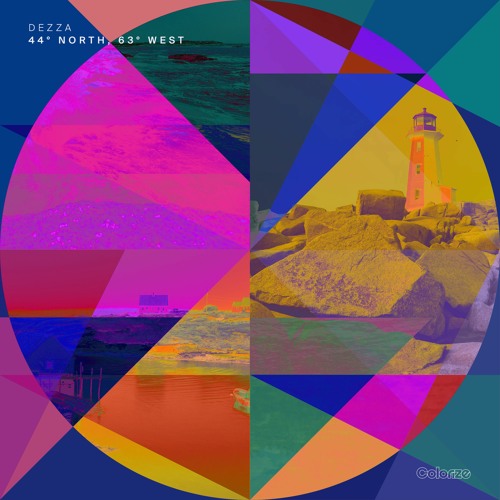 One of Canada’s top dance music talents, Dezza’s new, Nova Scotia-inspired second album, 44° North, 63° West, further establishes him as a leader in the progressive house space as well with nineteen beautiful compositions. Inspired by the small coastal province of Nova Scotia in Eastern Canada that he calls home, he celebrated the new album with a live stream from one of the most beautiful locations in the country, Cape Forchu Lighthouse.
Featuring EDM Tunes’ favorite singles “Getaway” and “Carry Me” plus another seventeen tracks, his sophomore full-length solo project is a marvelous collection of progressive house productions. Having already graced the cover of DJ Mag Canada and earned support from the likes of Armin van Buuren and Above & Beyond, this album helps further put Dezza at the forefront of the Progressive house scene.

With his newest album, he builds on the success of his debut album Cosmos, released in 2019 which has over 10 million streams and led him around the world for several international tours. In sharp contrast, 2020 was spent largely in isolation by Dezza, who turned to the beauty and nature of his surroundings in the Nova Scotia wilderness for inspiration and comfort. This is reflected in the album’s tracks that are tied together by a common theme of optimism and bliss through upbeat chord progressions, driving percussion and airy, floating synths.

The album features a host of impressive collaborators to breathe further life into his productions, including vocalists from around the world like Lauren L’aimant, EMME, and Mike Schmid, who bring their own perspectives and stories to ’44° North, 63° West.’ Listen to it below on repeat!