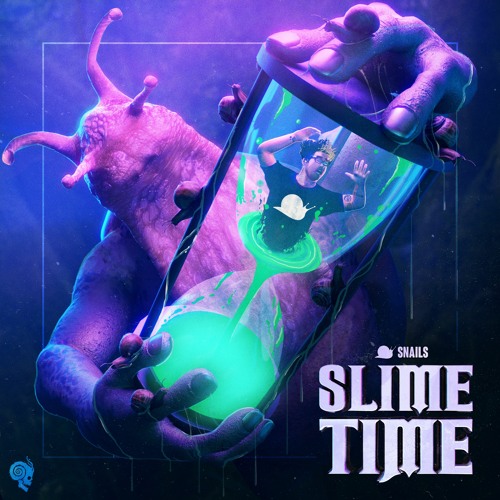 FROGKIND and the SLIME TIME EP represent a return to SNAILS’ musical roots of the metal-inspired sub-genre he created and his fans coined as “Vomitstep.” He also updated his visual aesthetic with brighter colors and influences from Salvador Dali’s work.

This music video is a full-on movie with great special effects and a plot that keeps you on the edge of your seat. It follows a girl waking up and running through woods and fields as she’s seemingly being chased by something. We then find out what she’s running from – an onslaught of giant, interdimensional snails and frogs. As they begin to corner her and she starts transforming with brilliant, slimy special effects oozing from her pours, SNAILS’ signature jagged bass strikes mesh perfectly with the visuals.

You won’t want to miss the end of the video either. Just as she’s getting taken over by the slimy creatures she wakes up to find a surprise in her bathroom. Check out the music video above and you can listen to the full SLIME TIME EP here.