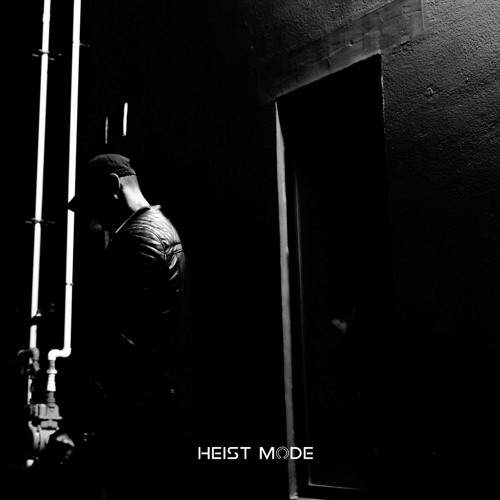 With the launch of his new label, Heist Mode, Barbosa took the time to chat with us about its debut compilation. It’s a massive gathering of talented artists coming together under one unified umbrella. With that in mind, we discussed the mission behind Heist Mode, artists featured on the compilation, and the label’s future. You can listen to the compilation below the interview.

Keep yourself updated with the label via their Twitter here, and read through our chat below!

What initially ignited the spark to create Heist Mode?

There was a decline in underground raves in North America after the explosion of EDM, as well a lack of new local techno producers. A few of my friends and myself wanted to have an outlet where we could fix that.

What is the goal of Heist Mode, and where do you see it going moving onward?

Our goals are simple: find and support local artists within major cities in Canada/USA; deliver a great rave experience while staying true to the past; and strengthen our rave community and culture.

How would you describe the label’s sound? Is there something in particular you’re looking for stylistically, or perhaps a specific calibur of production?

The label is predominantly techno. It’s dark, industrial, hypnotic, and heavy. We are looking for producer-DJs who make music for ravers in a true rave setting, and by this I mean an environment where no one has their camera out, no one has their phones out, your eyes are closed, your body is overwhelmed by the sound, and the only thing you are focusing their is the the music. We are looking for producers who have experienced the rave on deep levels, and can give that back.

Can you tell us a little bit about the roster you cultivated in your compilation for the debut release? In addition, what process did you go through in order to pick the artists?

The roster has 25 artists from Canada, USA and Europe. You will find tracks from fast, hard and industrial, to hypnotic and raw, to ravey and hard house/electro. It’s no secret that the underground rave scene has been thriving in Europe, and not over here. Why is Europe thriving and we’re not here? Because raves and techno was always something that had DIY culture attributed to its success, something they do over there and we don’t anymore.

The promoters became too big and went on to do festivals and large-scale shows, and unfortunately, no one took their spot, they were forced to leave behind. I went after Rhyot, Nailbiter, and Decoder. All of these amazing people have been working very hard with their own labels (Emercive, Nodding Heads, and Codec), and have been supporting great artists. Labels, promoters, and collectives would be interconnected simply by throwing raves in each other’s cities, and swapping artists with neighboring cities, states/provinces and this would help bring fans of the music to each other’s communities. The fans of techno in their cities either don’t know who their local artists/labels are, or they simply don’t have any.

Aside from their amazing talent, it was crucial to bring together label heads as they are the ones who are actually doing it. Cespedes and his Ground Zero Miami team have been doing an amazing job with their warehouse venue. They have a strong community and stay true to the rave experience. Two important names I want to mention as well include Aahan who’s on the compilation. He’s widely respected within the European techno scene and most recently has released Unholy Empire on Monnom Black, famously Dax J’s label. Having someone who has been recognized for staying true to techno brings important experience for our newer artists.

The last name is Rafael Khan, founder of Okay Synthesizer – which is Raf’s eurorack module venture. Once again it’s important to support those who support the music we make and understand us. Raf’s modules are something a few of us have been using in our music; this makes us unique like in the past where our artists are building some of our hardware we use.

If you can sign tracks by any select 5 artists onto the label, who would you pick?

I’ll sign any producer that makes music for a true rave experience and has passion, professionality, honesty, and integrity.

Whenever the circumstances permit, can we expect a label showcase or shows coming our way? Can you let us in on what the perfect Heist Mode show/venue would look like?

This is already in the works. We have a few raves planned warehouses and nightclubs in major cities in the USA, both west coast and east coast. They’ll be starting this Fall/Winter, and then a 2022 Spring/Summer series. You can expect no phones, no cameras, a focus on sound production, late nights to early mornings, and leaving these venues knowing that you and/or your friends had an experience. We have a very experienced and talented team that actually consists of Canadians, Americans, and Europeans; so it will be different. What will it look like? Dark, flashing strobe lights, sweaty ceilings, and dancing ravers.