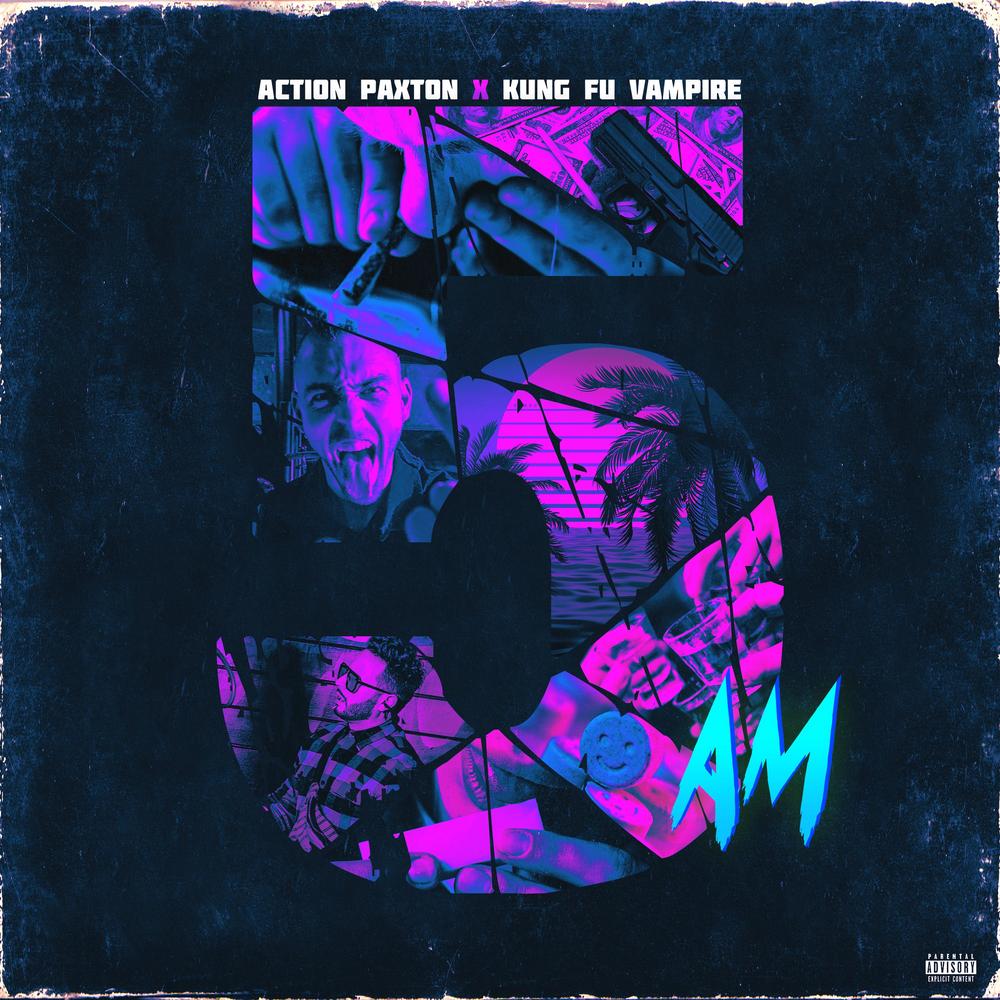 Action Paxton and Kung Fu Vampire, whom he plays drums for with the band, bring us a bass-rap hybrid track titled ‘5AM‘. Packing a punch, the production hosts an experimental bass build that functions to befit the delivery of lyrics. Throughout, it creates an eerie and dark atmosphere true to the nature of both acts’ sonic delivery and distinct touch.

Paxton himself has garnered a name, being a Burning Man regular dating back to 2008 up to 2019, performing each year. On the other hand, Kung Fu Vampire holds heavyweight collaborations under his weight in hip-hop alongside acts such as Tech N9ne and Hopsin.

Starting off, ‘5AM’ kicks off with a bottoming bass tone that quickly conjoins with the vocals and snappy percussions. Building up, it drops into a festival-ready heater with the powering synths and heavy rhythms. Overall, the track is unapologetically in your face, holding an abrasive heart to it which gives it character and grit.

Listen to ‘5am’ by Action Paxton alongside Kung Fu Vampire below.