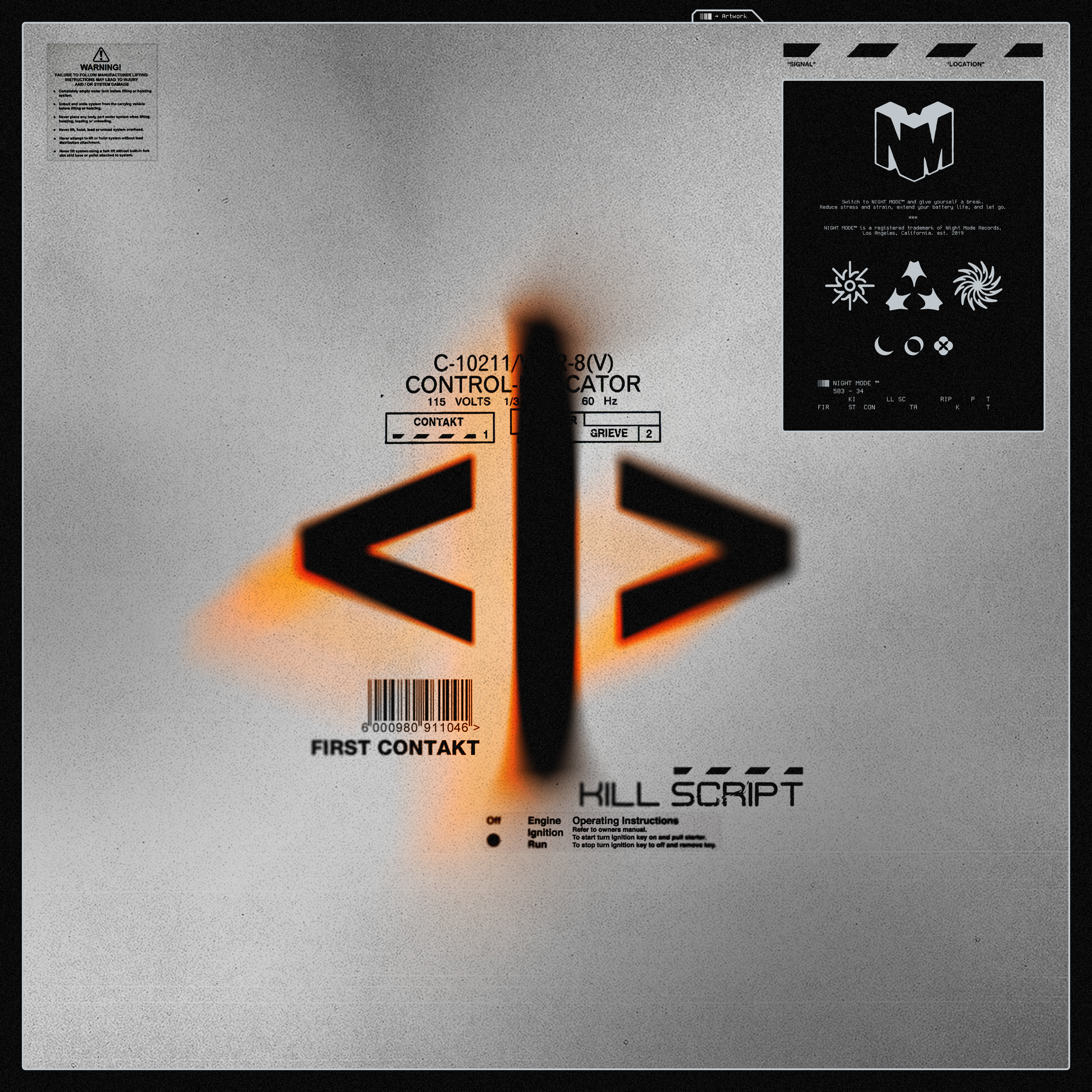 The industrial Techno rising star KILL SCRIPT presents his debut EP on NIGHTMODE called FIRST CONTAKT. This follows his first single back on November 20th, which was part of NIGHT MODE’s Cyberpunk compilation. If you are a lover of technological dystopias and apocalyptic futures, this is your soundtrack.

After showing us his DJ mix concept called Technoscape 001 and many teasers on social media., the time has come when KILL SCRIPT has an official release of some of his singles. FIRST CONTAKT is his debut project to showcase his talent.

The lead title track ‘CONTAKT‘ features a stimulating buildup that gets listeners amped for what is to come. With orchestral and cinematic notes, it transports listeners to a dystopian future.

‘GRIEVE’ is a darker track that may stimulate listeners to think of their hopeless or sad memories. Although the future sounds very promising, many times the present is not at all satisfactory, which grieves us. The devastating voice and the industrial effects accompanied by a powerful techno base gives us a complete song that makes us dance and reflects on times of difficulty.

Together, these two singles show the project’s enormous potential to do great things. The DJ and producer put teasers for both songs in March through his social media. The public received them very well, most likely due to his amazing visual work in 3D animation and outstanding music. KILL SCRIPT integrates the elements of sci-fi cinematography and techno to create an intense live production that consumes its audience. He just turned 22 and has a fantastic career ahead of him.

Although not everything is limited to musical products, there must also be a component for live performances. And we are getting closer and closer to witness it. He is also booked to play the main stage of 2 huge festivals in the coming months, details of that will be known soon.

You can listen to KILL SCRIPT- FIRST CONTAKT EP below!