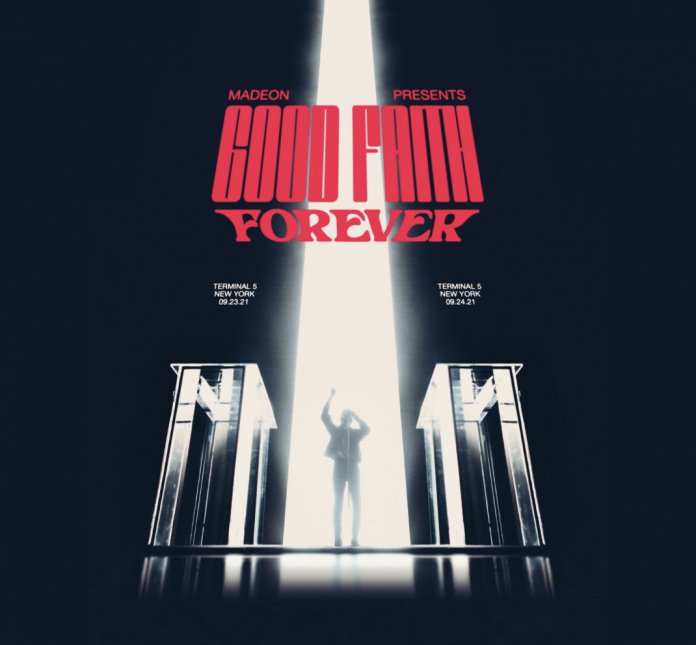 Timing is a funny thing. Today, New York announced that it has lifted all COVID restrictions. Just a bit later, Madeon announces his biggest performance post-pandemic. On September 24th and 25th, at Terminal 5 in New York City, the French native will be headlining, not just one, but two performances! He explained that they are Good Faith Live performances. Undoubtedly, the shows are going to be something special.

However, It appears that he’s been doing some work during his down time (are we even surprised?). On the absolutely beautiful poster, which features an updated logo, we see “FOREVER” added. It’s going to be an updated version of GFL! Madeon took to Twitter explaining that since they are headlining shows, he has more time to perform an extended version of the now two year old project.

Sign up for the presale for the two shows at Terminal 5. Signing up also subscribes you to his newsletter which will keep you updated with his happenings now that things are open. Lastly, in the string of tweets, a user asked if there may be an upcoming tour announced. The Grammy-winning producer added, “Stay tuned”.

Last, it doesn’t stop there! He also announced something special for his Miami fans. He is playing at LIV in South Beach THIS SATURDAY, June 19th! Tickets are already available here!