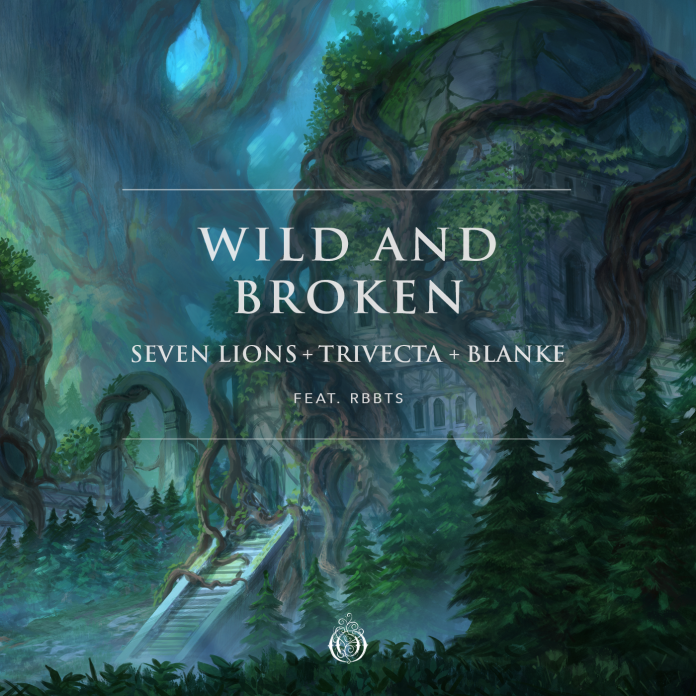 What a special collab we have here – Seven Lions, Trivecta, and Blanke. The labelmates but also close friends have created a piece that will be heard in the upcoming festival season. The track has been heard in many sets in 2021 thus far and it doesn’t get old. The single is one hell of a journey. It begins with vocals from RBBTS, it’s subtle and enticing. It grabs the attention immediately and builds up to a gorgeous and happy first drop. But it doesn’t stop. The vocals resume but not for long. We then are honored with one of the most energy-filled drops of 2021. It actually lives up to the song’s title. RBBTS returns with soft and soothing vocals and lyrics that provide a break from the intense energy. The four minute track exquisite and errorless. Fans all around will enjoy the elated emotions that accompany the bass that this single perfectly gives the listener.

We’ve said this numerous times before. Seven Lions has and continues to dominate the scene. His label, Ophelia Records is exceptional. Beginning in 2018, the label has consistently released chart-topping tracks. And he doesn’t do it alone. Jeff Montalvo has teamed up with many of the up-and-coming but also the most established artists in the scene. He’s teamed up with Excision, Jason Ross, Gryffin, and Kill the Noise. It’s also worth noting that he pairs up with the best vocalists in the game. He’s created great friendships with Jonathan Mendelsohn and Dylan Matthew. Need I go on? The man is impeccable.

Trivecta has genuinely attracted the attention of many. He not only “broke” the tent this last weekend at SMF in Tampa, but he has millions of listens to his tracks and remixes on Spotify. Plus, the isn’t the first time that Sam Dobkin has collaborated with Montalvo. The two worked together previously on the insane track, “Island”. The melodic bass producer is living up to his self-described goal of “making dubstep beautiful again”. He has plenty more in store for 2021.

Additionally, we’ve got Blanke to add to this track. JP Orchison, named Break Out Artist on r/edm in 2019, has made a name for himself in just 3 years. Not only is he signed with United Talent Agency, he’s played at Paradiso, Global Dance, EDCLV, and more. He brings an obscene amount of talent to the genre and to this track. In fact, his bio on Spotify says it all. ‘hi I love making cheesy melodic music that makes u want to cry just as much as as I love making music that sounds like the apocalypse. don’t say I didnt warn u.” His sound is extremely distinguishable in “Wild And Broken”.

What’s outstanding about RBBTS is their ability to bring both a sort of sense of seriousness and beauty to whatever they are working on. Anne Kalstrup and Henrik Burkhard have partnered with Seven Lions. in the past as well as Mitis for his 2021 hit, “Break The Silence”. They’ve also teamed up with Spencer Brown back in 2018 and Lane 8. The duo are masterful. We can expect a great deal more from them in the future, especially because of their work here in “Wild and Broken”.