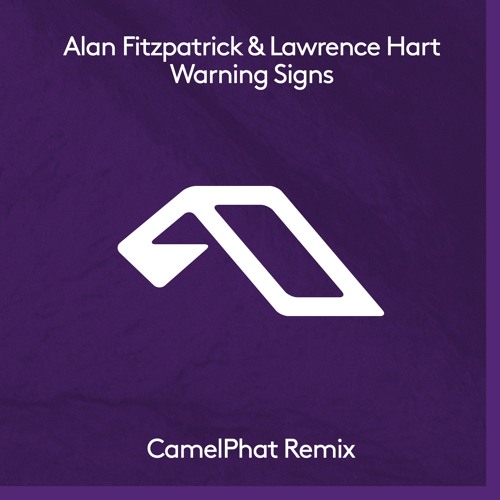 The English duo CamelPhat remixed a track by Alan Fitzpatrick and Lawrence Hart which is titled ‘Warning Signs‘. This version further enhances Alan’s experiment with breakbeat and house that placed him on Anjunadeep.

Earlier this year, Anjunadeep welcomed We Are The Brave boss Alan Fitzpatrick and Lawrence Hart with ‘Warning Signs‘. It mixes the deepest and most moving influences of electronic, breakbeat, dub, and house. As a result, we get a concoction that sits comfortably amongst Anjunadeep’s poignant catalog.

Now the song is followed by a standout remix from GRAMMY-nominated duo CamelPhat, who took an eclectic approach to reworking ‘Warning Signs’. Alan Fitzpatrick mentioned in a tweet that this version is a “summer anthem.” It is surely one of the tracks that will sound at festivals in 2021 and possibly 2022 as well.

The first thing that we can say about the track is that having two heavy names in the scene gives a lot of expectation and clearly, they do not disappoint us. On the contrary, when listening to this remix we notice that fine and elegant style to which the English duo has us accustomed. It increases the cosmic feel of the original work, simultaneously concentrating all the elements in a sense of central melodies. As a result, the song is more explosive, giving us goosebumps alongside epic euphoria.

Having collaborated with and remixed some of the biggest names in modern music such as London Grammar, Yannis Philippakis, and Cristoph, CamelPhat has become one of the most sought-after electronic acts in the world. What can we expect from CamelPhat? Great music as always, and that’s why they have become favorites among the public.

You can listen to Alan Fitzpatrick & Lawrence Hart – ‘Warning Signs’ (CamelPhat Remix) below!