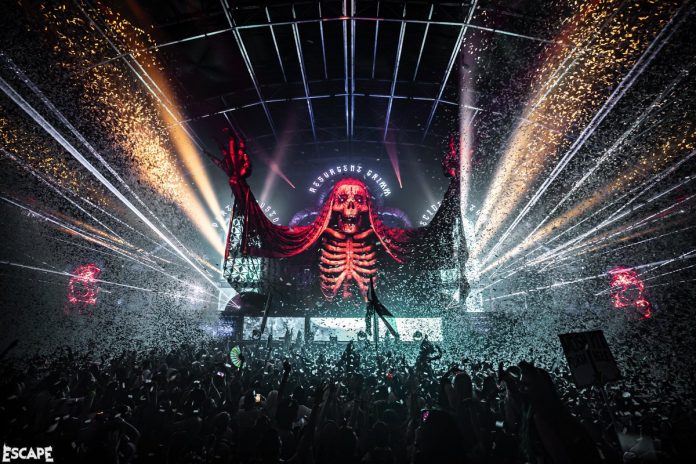 Insomniac’s Escape Halloween will be making its spooky return on October 29 – 30 at the NOS Events Center in San Bernardino, California. The lineup which was just announced today, features some of the biggest artists from different genres in the dance music scene.

Since making its debut in 2011, Escape is Insomniac’s trademark Halloween festival which gather’s people from all across the country. Since 2020’s edition didn’t take place due to the pandemic, this year marks their 10th anniversary. Insomniac will be going all out to create an immersive experience to bring out themes of horror and supernatural elements.

Some of the major headliners include Adam Beyer, The Chainsmokers, DJ Snake, Eric Prydz, and Zedd. Additionally, fans should look out for special back to backs by Loco Dice b2b Nicole Moudaber and Doctor P b2b Funtcase. All together there are more than 60+ artists that will be performing with some still TBA.

If the lineup wasn’t enough to persuade you into coming, the art and stages will. Three-dimensional superstructures, glow-in-the-dark environments, and technological illusions will make for one of the most haunting weekends of the year. There will also be a total of four stages to explore. For a teaser of what’s to come, check out the official trailer.

Tickets are already on sale here. Be sure to secure your ticket soon as they will sell out fast!