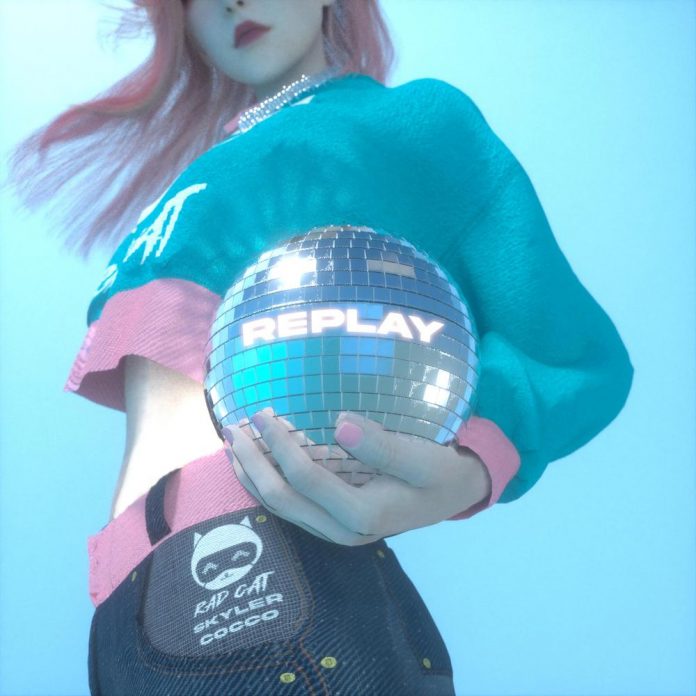 Rad Cat brings his authentic self through his newest collaborative track alongside Skyler Cocco‘s talents on ‘Replay‘. This marks the producer’s first single in the year 2021, following up the success of ‘Diamond‘ that was released on Dim Mak.

“This string of releases was really inspired by me just trying to be my most authentic self. With many of my previous releases, ‘Love & Illusions’ and everything prior, I feel as if I was really focused on making the best EDM bangers I could make. I was focused more so on impressing other producers/EDM fanatics rather than being happy with myself & the music that I was creating.”

Overall, it’s a groovy sweet track packed with punching bass lines and catchy vocal lines, laced with guitar work. Additionally, the producer’s drum arrangement merges well with the track’s sound, providing backbone. Furthermore, adding movement while highlighting every individual sound, allowing them to shine within the mix. Skyler infuses the track with her vocals, bringing everything together, making it hard to imagine the song without the talent.

Notably, Rad Cat is very well known amongst the producer circles considering the credits he’s received over production. However, he’s now taking the power into his own hands via the artist project, and pushing things to their limit. Keep your eyes peeled toward him as this marks merely one step of his introduction to the world within the limelight.

Listen to Rad Cat showcase his distinct inspired sounds through the release of ‘Replay’ alongside Skyler Cocco.