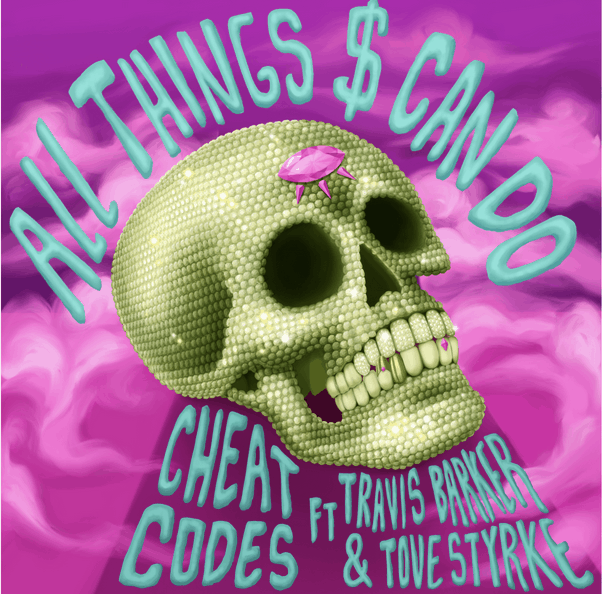 Cheat Codes unveils new track, “All Things $ Can Do,” and music video. Known for their publicly praised dance hits such as “No Promises (featuring Demi Lovato)” and “Lean On Me (featuring Tinashe),” the electronic music trio return with a solid release that blends rock, trap, and pop elements.

“All Things $ Can Do” features the critically-acclaimed drummer Travis Barker and beautiful vocals from the electro-pop singer Tove Styrke. The pre-chorus showcases the rock influence expressed through Travis Barker’s excellent drumming skills. The chorus is a standout as it is insanely catchy and exciting to sing along to.

The video shows the EDM pop trio and Tove Styrke hired to clean a mansion. As they wipe windows and vacuum the carpet, they also daydream about what life could be if they had more money. Dreams become reality as they throw a grand party at the mansion. The video ends hilariously as the owner returns to a messy room littered with cash. He furiously yells at the passed out singers.

Cheat Codes have had an eventful year so far as they’ve been dropping new music consistently. They recently released their debut album Hellraisers, Pt. 1 in May with “Lean On Me” being the lead single. They followed-up the album by releasing Hellraisers, Pt 1 Remixes and a standalone track, “Never Love You Again,” featuring Little Big Town and Bryn Christopher.

Listen to “All The Things $ Can Do” here!