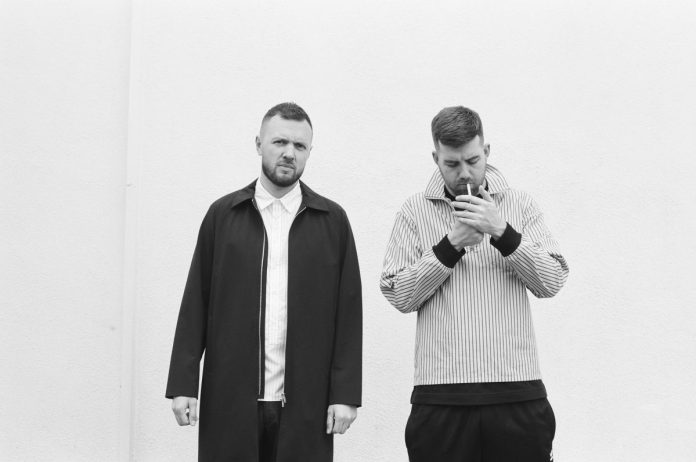 Chris Lake is the man of the hour in the Tech House world. After releasing a 4-track EP in collaboration with Armand Van Helden – titled The Answer – last year, the British DJ doesn’t seem to slow down. ‘Something’s About To Go Down‘ is his latest release of 2021, but this time, it’s with his good friend Chris Lorenzo under their alias Anti Up.

If you have been to one of Chris Lake’s shows recently, you definitely heard ‘Something’s About To Go Down’ at some point. The track has been a crowd favorite for quite some time now – especially because it hits pretty hard – so it is fitting to release it for the end of summer. This track shows once again how good the chemistry between these two producers is. In fact, it’s been there for years. Before the Anti Up project, the two Chrises have collaborated on a couple of hits such as ‘Nothing Better‘, ‘Piano Hand‘, ‘The Calling‘ and ‘Right Now‘.

Recently, rumors have surfaced about Chris Lake and Skrillex working together. Obviously, the two producers are good friends and have collaborated with one and other before. One thing for sure, with tracks like ‘Something’s About To Go Down’, Lake showed us that he was ready to go hard in 2021. Only time will tell if he continues in the same vein.

For those of you who want to hear the song live, you can visit Chris Lake’s website for his upcoming shows. He spent the summer touring with Fisher for their collaborative ‘Under Construction‘ show and now has a couple of solo shows in the future. For now, you can stream the track below.

Anti Up – Something’s about to go down