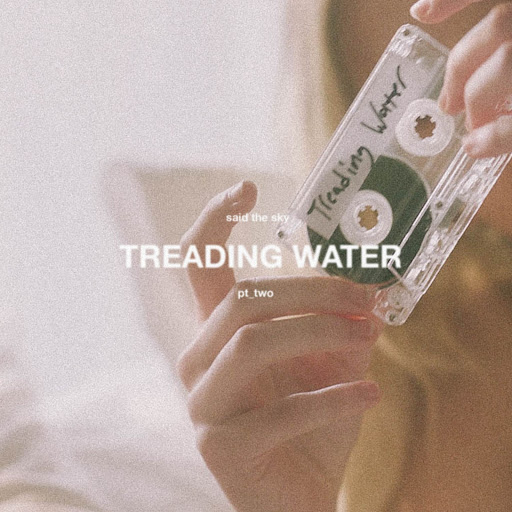 Said The Sky is back with another single and video, that being ‘Treading Water‘. This marks part 2 of his ongoing releases, following up ‘We Know Who We Are‘ with Olivver The Kid. Within, the artist brings earnest evocative emotion dealing with the ramification of a tumultuous relationship. The portrayal of highs and lows follows the story of a couple first introduced in the video of ‘We Know Who We Are’.

Overall, as we’ve come to expect, ‘Treading Water’ bolsters all the making of a signature Said The Sky track, featuring melancholic melodic production, with fluttering airy soundscapes. Generally, one can describe his music often as intimate and vulnerable, and this release is no exception. His trekking into more indie electronic inspired sounds has clearly been showing and paying off, bringing something new into the fold. However, ‘Treading Water’ calls back to his earlier sounds while managing to infuse what’s new during his journey.

With all that in mind, we look forward to seeing where Said The Sky takes us next on his series, bringing a merge of visual and audio media to tell stories.

Take the emotional journey Said The Sky puts forth on ‘Treading Water’ by listening to and watching the video below.