Daft Punk Book in the Works 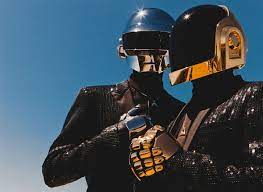 Daft Punk is a storied French Duo that changed the face of music in its 28-year run. Their legacy is wrought with touchstone moments, albums, and tours. They have echoed into the speaker boxes and eardrums of the sounds we consume today. And now, we are getting a book, After Daft, to forever cement this phenomenon into the public consciousness.

UK Author and Journalist Gabriel Szatan has been tasked with the great feat of writing this epitome and it is set to be published in 2023 by John Murray Press/Hachette UK. The author said on his instagram that:

“Daft Punk are the axis point for so much that’s gone down from 1993 to 2021: Stadium DJing, internet-cultivated mythology, new rave and mashups and big-league electro and disco revivalism — even diplomatic relations between France and the States.”

The book will delve into Daft Punk’s origins and influences. Like their Black and Latin ‘Teachers’ that helped shaped 1997’s Homework. It discusses the duo’s associated trends of ‘Blog House’ and ‘Hyperpop’. And how the two French DJ’s were able to maintain their anonymity and privacy in a world that showed everyone’s business on the internet. After Daft will touch on the Alive 2007 world tour and the group’s growing reach to fans in the United States. It will discuss the platinum status and global sensation Random Access Memories, before the duo’s eventual split in 2021.

To quote James Murphy’s lyrics from LCD Soundsystem: “I was the first guy playing Daft Punk to the rock kids. I played it at CBGB’s. Everybody thought I was crazy.”

How far we have come.