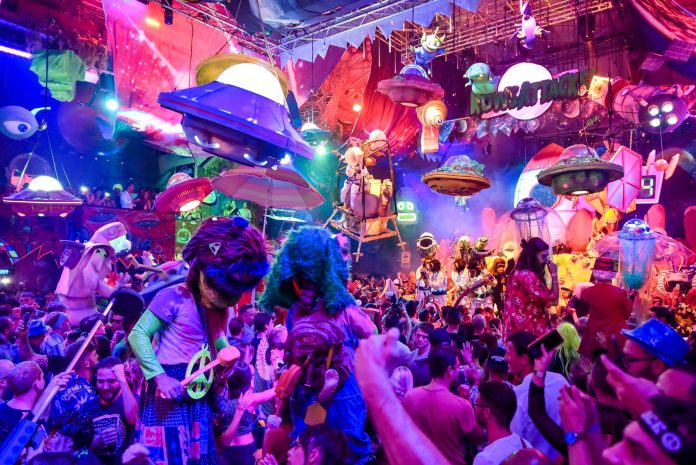 Elrow is coming back big, and this time, it’s coming back to North America with its famous RowsAttacks show. The Spanish giant will bring the party to the cities of Chicago, Miami, New York, and another city yet to be revealed.

The RowsAttacks theme is one of Elrow’s classics and biggest hits. The futuristic theme is designer around space, the apocalypse and iconic space characters like ET and Yoda. If want to get a glimpse of what you can expect, check-out the dedicated official Elrow Page.

The newly announced North America tour is actually a re-make of the cancelled 2020 Tour. The tour was planned for all 2021 cities and with the exact same theme. By looking at the length of the hidden city which is not yet to be announced, we could guess that it is the city of Montreal. The Canadian city had its Elrow debut back in 2019.

elrow has started announcing artists and ticket sales for the shows. Miami will be featuring Vintage Culture and more! Tickets are now on sale here.

We will probably have to wait for more announcements by Elrow since the spectacle is busy having its first and massive Island Event in Croatia this weekend. In adition to that, Elrow Town Amsterdam will be taking place in two weeks. The Event soldout in less than 24 hours but is still at a risk of cancellation due to COVID measures in the Netherlands.

So, when are you planning to be part of an Elrow show? and what would be your perfect theme?