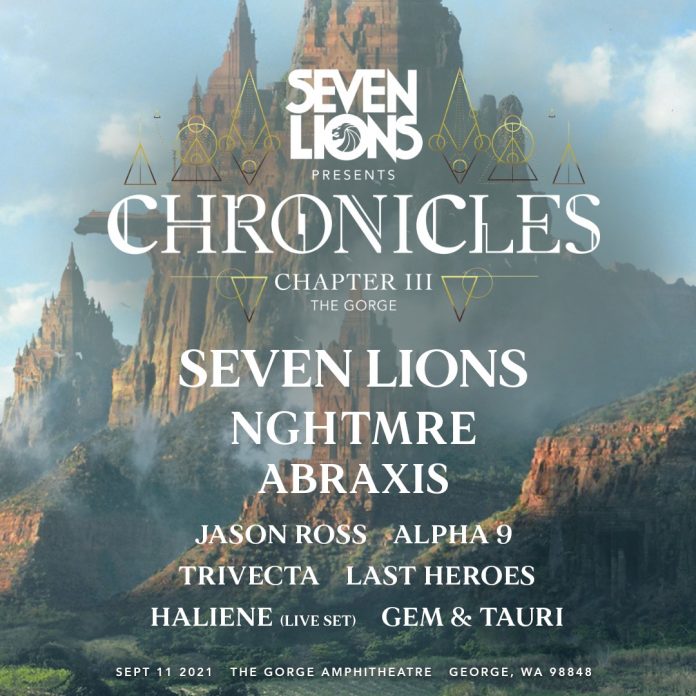 Last weekend, melodic dubstep producer Seven Lions held the third installment of his Chronicles series, his own mini-festival featuring stunning production and incredible live sets, many from artists on his Ophelia label. Chronicles Chapter I took place at the WAMU Theater in Seattle, WA; Chapter II at Red Rocks Amphitheatre in Denver, CO; and Chapter III last weekend at the beautiful Gorge Amphiteatre in George, WA. I had the incredible opportunity to attend this event, so read on for some highlights of the weekend.

Before we can dive into the show itself, we must first take a moment to appreciate the magic of this venue. Located about two hours east of Seattle, the Gorge Amphiteatre is a huge outdoor venue overlooking the magnificent Columbia River. The amphiteatre setting, set up on a grass hill, provides everyone in the crowd with perfect views of both the stage and the Columbia River backdrop.

Part of the experience in attending a concert at the Gorge is camping. Concert-goers were allowed into the campgrounds Friday night, where the pre-parties kicked off without a hitch. The show itself started Saturday afternoon and ran past midnight, so most attendees also camped Saturday night before hitting the road Sunday morning. Getting into the campgrounds Friday night was a bit of a struggle, with cars and RVs waiting in line several hours to get to their camp spot. This was largely due to another event taking place at the venue that same night. However, once we made it to our spot, all troubles were forgotten as the excitement set in for the weekend ahead.

Following a gloomy day of rain, Saturday’s weather was in full cooperation with sunny skies and temps in the 80s. Doors opened at the Amphiteatre on Saturday at 3pm, when many fans began making their way over from the campgrounds. After enduring typical festival security lines, we were in and ready to explore. The venue grounds are massive, with food and drink vendors, merch booths, water fill-up stations, and porta-potties on both the top and bottom levels of the amphitheatre.

This year’s event featured two stages, the Chronicles Stage and the Arcana Stage. The Arcana Stage on the top level featured sets from Lydian, Haliene, ATLYS, and Last Heroes, as well as an Ophelia Q&A/meet and greet with Jason Ross, Dimibo, and Last Heroes answering pre-submitted fan questions. The main stage was, of course, the Chronicles Stage, which featured sets throughout the night from Gem & Tauri, Trivecta, Alpha 9, Jason Ross, Abraxis, NGHTMRE, and Seven Lions.

Gem & Tauri kicked off the fun with a diverse house-heavy set, followed by Trivecta who set the tone with some melodic dubstep combined with his shredding on the electric guitar. Alpha 9 took the coveted sunset slot, and it’s clear why, as his deep progressive trance vibes were immaculate. Jason Ross hit the stage next covering everything from trance and psytrance to melodic dubstep. Next up was Abraxis, who just might be my favorite of the night. Abraxis is a psytrance side project made up of Seven Lions and Dimibo, who came together to deliver a mind-melting set. The highlight from this set (and possibly the entire night) was their rendition of Cher’s ‘Believe.’

Taking the show into a new direction, NGHTMRE came on next, where he delivered his usual fun blend of dubstep, trap, and hip-hop. Finally, Seven Lions graced the stage and took us on a journey through the mythical and fantastical world we know as Ophelia. His visuals were vibrant and creative, as always, as he played a number of ID’s as well as fan favorites like ‘After Dark,’ ‘Higher Love,’ and ‘Dreamin’.’ He also kept old-school fans appeased with classics like ‘Days to Come’ and ‘Still With Me.’ Quite possibly the most amazing experience to behold was when Seven Lions jammed out on a Flying V guitar wearing white leather pants. Yes, that happened.

Closing out his set, Seven Lions blessed us with several encores featuring the all-female string quartet ATLYS as well as live vocal performances from Haliene and Jonathan Mendelsohn. The culmination of Chronicles: Chapter III, with Seven Lions behind the decks, ATLYS on strings, and Haliene and Jonathan singing live, ended the show on a beautiful note, leaving fans already counting down the days until Chronicles: Chapter IV.

Seven Lions pours his heart and soul into his cherished Chronicles series, and it shows. One can only hope we will have many more Chronicles events take place at the beautiful Gorge Amphiteatre. 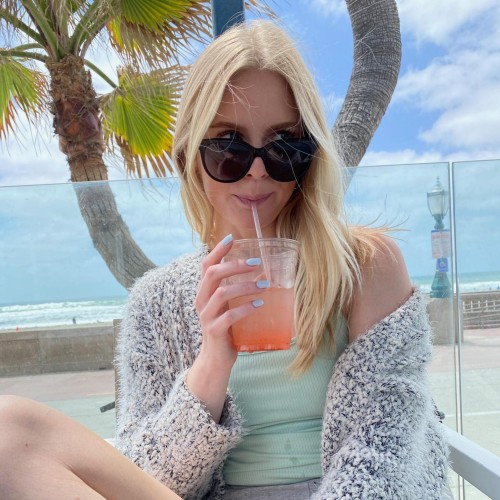