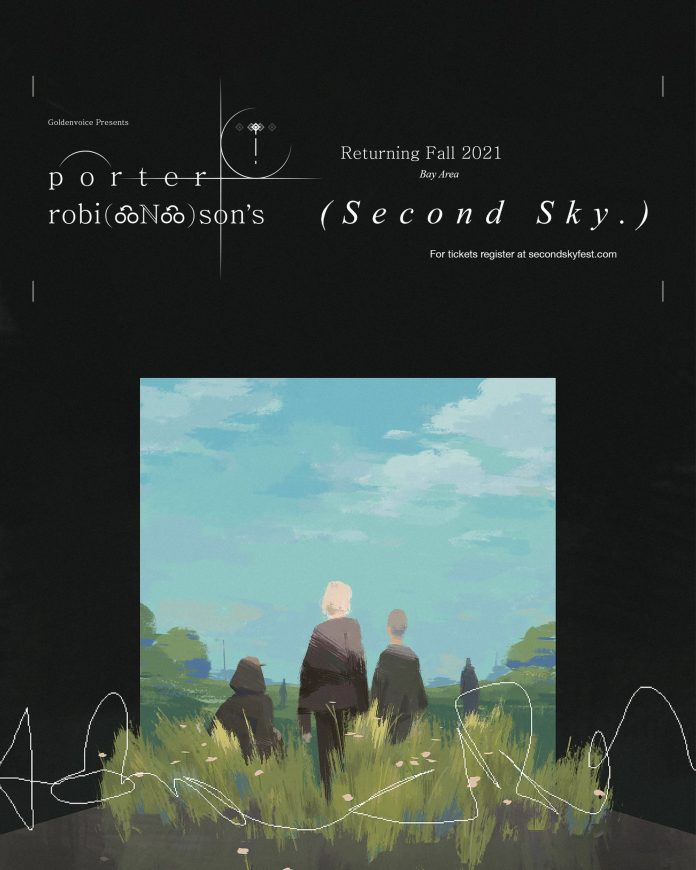 Porter Robinson took to social media yesterday to post some exciting announcements about his second annual Second Sky Music Festival. He announced the return of the event back in April, with dates set for September 18th and 19th at Cesar E. Chavez Park in Berkeley, California. Last month, the venue changed due to unforeseen complications. The event will now take place at the Oakland Arena Grounds, only 20 minutes away from the original venue.

As we know, last-minute venue changes are frustrating for ticket holders, so yesterday Porter announced via social media that he is allowing refunds, no questions asked, within 48 hours. He also went on to provide some exciting updates on the festival as it starts coming together in this new venue.

Porter stated Nassal, the coveted company that created the Wizarding World of Harry Potter at Universal Studios Orlando, will be the masterminds behind the immersive installations at Second Sky. Other additions include a “Quarter million feet of turf” for the venue, and an upgrade in pyro capabilities.

More announcements are to come, according to Porter, but in the meantime, check out the festival website to purchase limited tickets as refunded tickets become available.