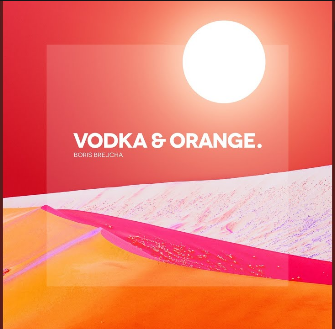 Just after the release of ‘Matrix’ EP and singles like ‘Take A Ride’, the talented German artist Boris Brejcha has returned. On this occasion, he presents the ‘Vodka & Orange’ EP via Ultra Records. It’s another preview for his forthcoming album, to be released this November: Never Stop Dancing.

This track release comes shortly after he put out his iconic album Space Diver. Also, some singles herald the beginning of a new era in his career.

The track title ‘Vodka & Orange’ contains everything characteristic of Boris’s style in almost eight minutes. It is a minimal high-tech of his own creation, although this time it encloses us in a deeper environment. The producer explores the more melancholic and environmental confines of his own style. This offers us a trip that can be enjoyed precisely with vodka and some orange segments. It also adds a more futuristic vibe to his always mind-blowing combination of sounds and arpeggios.

‘A Piece of Light’ further increases that feeling of being in a future worthy of a very desert post-apocalyptic world. At the same time, Boris has played it several times in his performances, captivating techno lovers and fans of the producer. ‘Shake It Down’ proposes a tropical touch and is more typical of a summer party for the EP. It is also the track that has an ideal structure to feel on the moon, or any point in the solar system where you want to be.

You can listen to the ‘Vodka & Orange’ EP below!