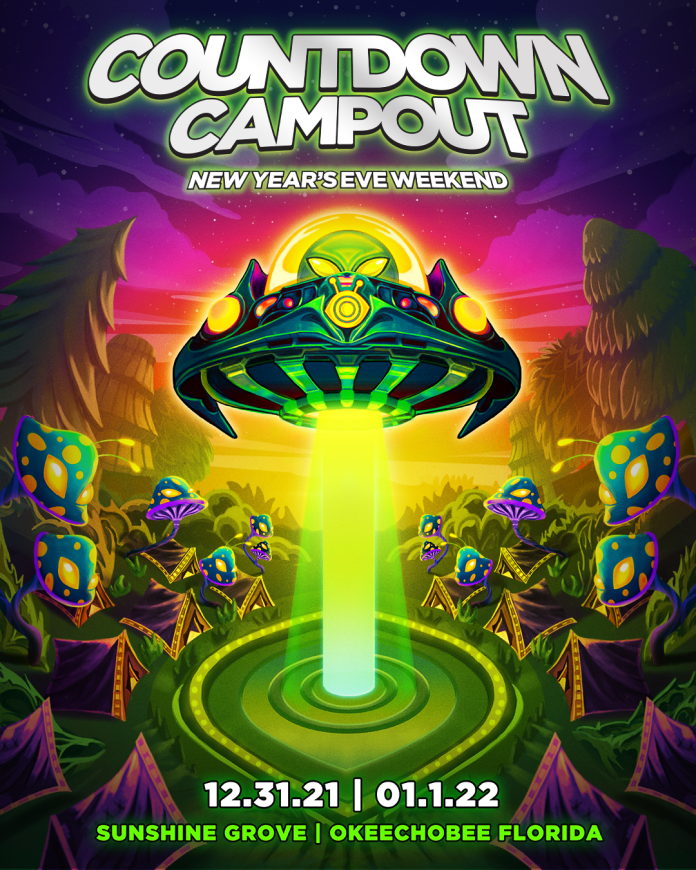 Insomniac made some waves a few weeks ago by announcing that the NYE Countdown festival would take place in 2 locations simultaneously. Normally Countdown is a West Coast event, but Insomniac has made a big push on the East Coast in recent years. Piggybacking off the successes of Okeechobee, Insomniac is bringing a Countdown Campout festival to the very same location for NYE 2022.

Tickets and camping will go on sale on October 14 at 12PM EST here. The festival will feature three stages: The Mothership, Nebula hosted by Bassrush, and Twilight Zone hosted by Insomniac Records. The Countdown Campout New Year’s invasion will offer attendees a variety of camping options, including tent camping, car camping and RV camping alongside the beautiful lakes and jungles that make Sunshine Grove one of the most beautiful venues in the world. For more information on Countdown Campout, please visit countdowncampout.com and follow the festival on Facebook, Twitter, and Instagram.