HomeMusic News'Alive' is the Song You Didn't Know Your Day Needed.
Music News

‘Alive’ is the Song You Didn’t Know Your Day Needed. 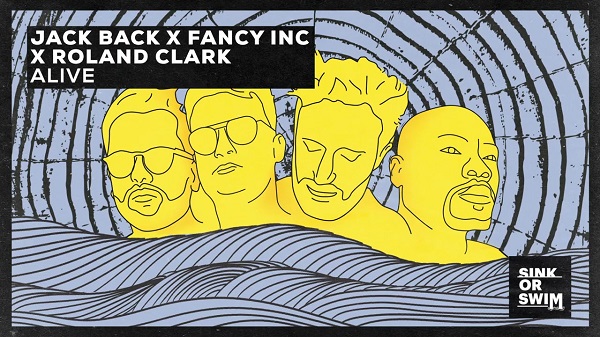 One of the most prolific and popular DJ’s in the world, David Guetta is a household name in the EDM and larger music community. As the producer of commercials hits like ‘Titanium’ with Sia and ‘Sexy B***h’, Guetta has shown a mastery of understanding what makes people move. Coupled with being voted #1 DJ in DJ MAG’s Top 100 Poll three times, Guetta has cemented his legacy as one of the scene’s preeminent artists. As so, this has enabled his own personal exploration into what kind of music he wants to produce. During his interview with BBC Radio 1 DJ Pete Tong, Guetta said:

“I originally started in underground house music, playing all the raves and underground clubs in Paris. I wanted to make music just for fun, with absolutely no commercial approach to it. I want to make every type of music that I like, I’m doing it for the love of music.”1

Continuing on his journey to create music that focused more on his own personal tastes, Guetta, under his tech-house alias Jack Back, partners with Roland Clark and Brazilian-duo, Fancy Inc. Most notably, Roland Clark’s repeated mantra “I am alive again” anchors the groovy house beat and seduces the listener deep into the dark folds of the songs. Furthermore, the song reunites Fancy Inc. and Clark, fresh off their earlier summer hit, ‘Free’ with fellow Brazilian, Vintage Culture.

After a year between track releases, Guetta has delighted fans with two releases this year under the Jack Back alias. Following ‘I’ve Been Missing You’ with Guz and Ferreck Dawn, ‘Alive’ is the second release this year. On the whole, Guetta continues to add to the already impressive discography of Jack Back. In any event, this track is a great addition to any tech-house set and playlist. Check out the track below on Sink or Swim’s YouTube channel.