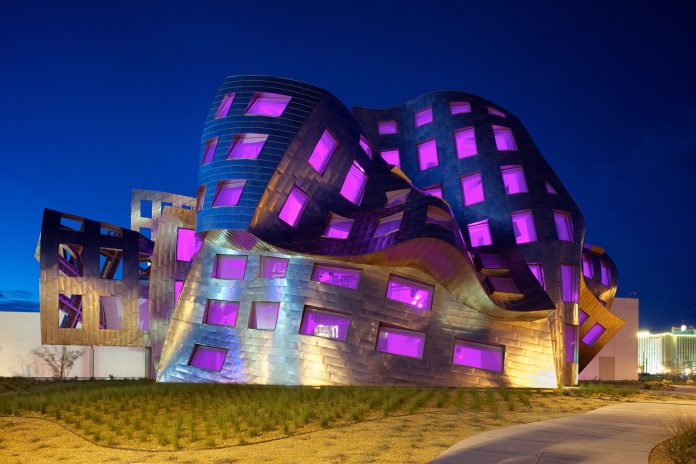 A new immersive experience for electronic music enthusiasts took place in Las Vegas this past weekend. House of Leaves is an immersive dance event with International DJ talent. As described on the website, “seasons unfold in an interactive story from over 20 performers playing through the production of a living forest”. This sounds amazing.

House of Leaves took place in the stunning Keep Memory Alive Center designed by World-renowned architect Frank Gehry. The place that once featured a live set from Avicii boasts concert-level acoustics, and 199 windows scaling the curved & bending walls. It basically feels like the room is alive. This new immersive dance experience was the idea of DJ and producer Mark Eteson and former Hakkasan Group director of creative production Andrea Frey.

Eteson is the president of Bluebird Wood Enterprises, the production company behind House of Leaves. He dreamed up the concept by wondering if it was possible to merge the energy of a nightclub with the intrigue of a stage production. He wants the attendees to expect the unexpected. Obviously, music was the centerpiece of the show. However, it’s the combination of it with the other elements that makes the experience unique. “We wanted the concept to be the headliner,” said Andrea Frey, Bluebird Wood Enterprises event producer.

The spirit of the project came from an urgency to move beyond the pandemic and reconnect with people. In fact, the goal was to bring spectators and performers together as co-contributors in a new format of entertainment.

The one-night-only celebration was on November 13th and featured sets from Rony Seikaly, Eelke Kleijn, and Mark Eteson himself. Guests were encouraged to dress “bohemian chic” for an all-night rave of house, techno, and other forms of EDM. Hopefully, more will come in the future.