Oliver Heldens Teams Up with Anabel Englund on ‘Deja Vu’ 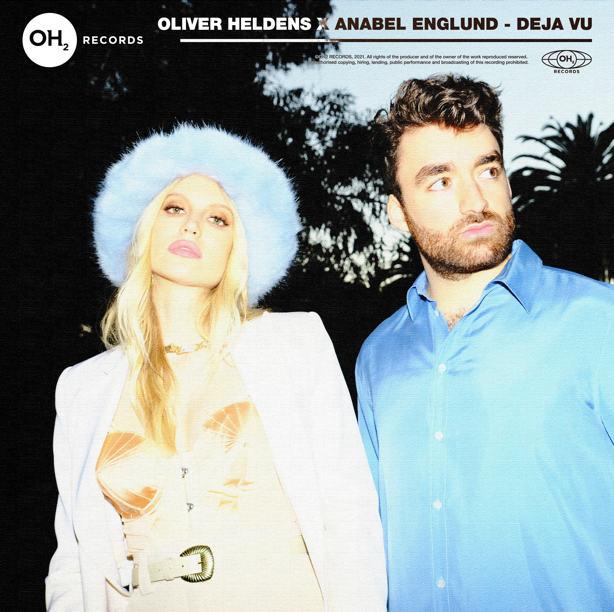 Still hot off the release of ‘Hypnos‘ and ‘Hera‘ under his techno alias, HI-LO, Oliver Heldens is back with a new crossover single featuring vocals by up and coming artist Anabel Englund. ‘Deja Vu‘ is set to dominate the festive season with its fat bassline and punchy beats paired with Englund’s honeyed tones.

Here’s what Heldens said about the new collab

“When I first started working on this track in early 2019 I tried a couple of things for the vocals with different singers and songwriters, which were good, but I knew it could be better and more special. I’ve been a fan of Anabel’s music since 2013, and even more so during this pandemic hearing all of her new music, I knew she could be perfect for this track, so I sent the instrumental to her and luckily she was really into it and she came back with an amazing topline idea for the track. We then met up in LA to finalize the song and recorded some extra hooky melodies, and after that, we were both even more convinced about this record, so we moved around some things in our release schedules to make this song our top priority because we think the world needs to hear it! Enjoy! :)”

Heldens has been as active as ever, with several releases on Drumcode under HI-LO, as well as his massive rework of Roger Sanchez’s house classic ‘Another Chance’ and his critically acclaimed remix of Nina Kraviz’s ‘Skyscrapers’. To top it off, he’s recently completed his huge headline show at Printworks in London and made headline festival appearances at EDC Las Vegas, Escape, and Seismic Dance Event.

Anabel Englund has been active in her own right, as the rising star recently collaborated with the likes of Yotto, Lee Foss, MK, and more. She’s scored four consecutive U.S. Dance Airplay #1 singles over the last two years and was nominated for iHeart Music’s Dance Artist Of The Year in 2020 after dropping her debut album, Messing With Magic, on MK’s AREA10 label.