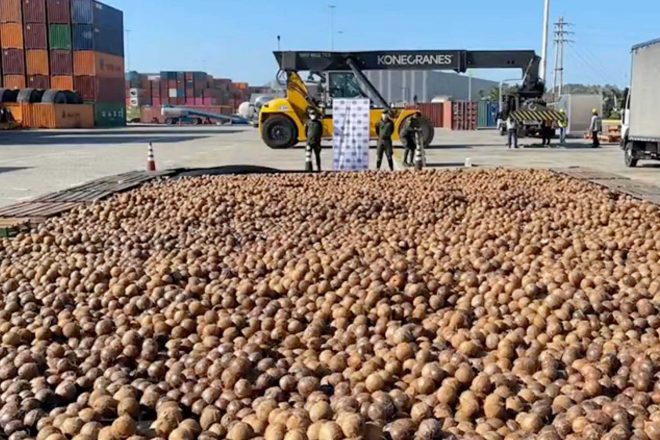 Cartels will just do about anything to get drugs across borders. Drug smuggling is an art, some would say. You can’t just simply transport them by boat or plane to another country. You have to be creative. Now more than ever, you have to be different. Old methods will get you caught.

Granted, this new method we saw got caught – so it’s tough to say what works. A shipment of nearly 20,000 coconuts filled with liquid cocaine were seized by Colombian police. The discovery occurred in the beautiful beach town of Cartagena. The shipment was intended to go to Genoa, Italy – but of course, it didn’t get very far.

Scientists are currently determining how much cocaine each coconut contained. Officials are investigating who the shipment was intended for and where the drugs were loaded from. It has become popular in the last few years to dissolve drugs in water as it’s harder to detect.

Is anyone else wondering if these coconuts went to waste? What was done with everything inside of them? Surely they could have made some coconut water with it…

One thing is for certain: they definitely made a different type of “Coco” out of it. Here’s an interesting thought – many of the methods that do work for drug smuggling are mostly unknown (otherwise, they wouldn’t be known, right?). We begin to wonder: what else might liquid cocaine be going into?