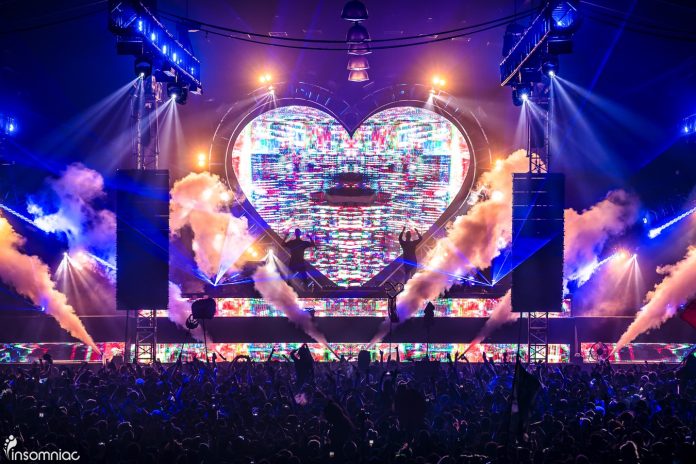 After a two-year hiatus caused by the pandemic, Crush was set to make its comeback to Valentine’s day festivities. However, 2022 will not be the year where ravers can enjoy the Valentine’s day themed event in February. Cancellation e-mails sent to attendees pretty much confirmed that the festival will not take place as expected. All three editions – SoCal, San Francisco, and Arizona – will therefore not return to their regular dates for this year.

Last year, Crush took place in August, because of Covid-19. In fact, Insomniac dropped a really good lineup for the festival. Those who attended had the chance to see perform Jason Ross, Said The Sky, William Black, Wooli, NGHTMRE, Dion Timmer, and Wuki, just to name a few. Even though the festival took place at a different time of the year than usual, it was a complete success.

Back in December 2021, Insomniac proudly announced that Crush would be back in February for 2022. Audien, Deorro, Boombox Cartel, Jai Wolf, KSHMR, Sidepiece, Nostalgix, Valentino Khan, and Wax Motif were all part of this year’s lineup. Then here comes yesterday. GDE reported that cancellation emails were sent out to those who purchased tickets to the edition in SoCal. Later, it was attendees for the show in Arizona that chimed in with their own emails as well. All ticketing pages for Crush events reflect the show’s cancelation.

Those who purchased Crush tickets will receive an automatic refund. At the moment, there is no official statements from Insomniac or Relentless Beats regarding the cancellation.